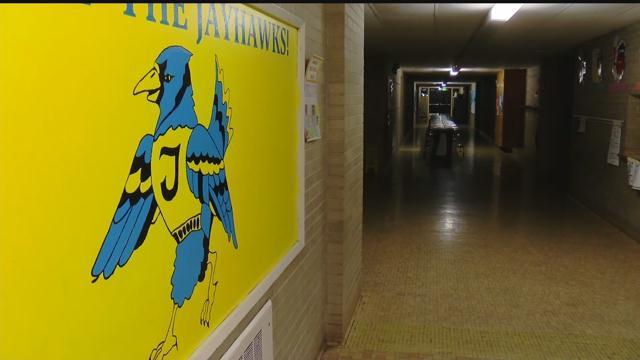 "There was no parent asked how do you feel about this change," argued one woman.

"I don't want to get into a yelling match with you, that's not what I'm here for," said a district official.

A room full of parents lashed out about a plan to change the school's calendar.

"My child has certain disabilities and he has grown from the year-round program," said parent Leandra Cruz.

For about 20 years, Janes Elementary has been a year-round school. But now, the district wants to make it a school with a traditional nine-month calendar.

Stacy Tapp, chief of communications for the district, said student achievement isn't up to par.

"We have seen, based on data, that the year-round calendar here is not as successful as it should be," she said. "We know that by aligning our resources, we'll be able to provide the support and resources we need to help improve student achievement."

She also said enrollment is down, and a majority of the students who live within the school's boundary choose to go to elsewhere.

"They took away our busing," said one kindergarten teacher. "So that was when a lot of our student's left.

But the roughly 300 students who do walk the halls come because of the bi-lingual program.

That program will continue under the new format, which was presented to the school board during a work session. District officials said a decision, however, does not require action by the board.

"If this goes away,I  fear that kids will not retain as much knowledge and the support they say they're going to give the school's, they're not going to give," said Cruz.

"This is not about the administration, staff, parents," Tapp said. "It's about what's right for students here at Janes."

The Racine Unified School District is planning another listening session for parents to voice their concerns. The calendar change for Janes Elementary would take place next school year.