Parents turn in their teen for stealing a puppy 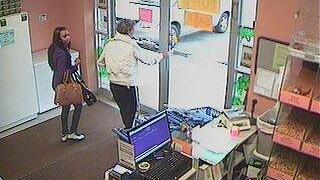 Parents of a 17-year-old teenager turned in their daughter after they suspected she and her friend, also 17, stole a puppy from a pet store in Hales Corner.

It happened Tuesday evening at Corner's Pet and Grooming. The teenager snatched the 2 month old pup and put her in their purse before walking out.