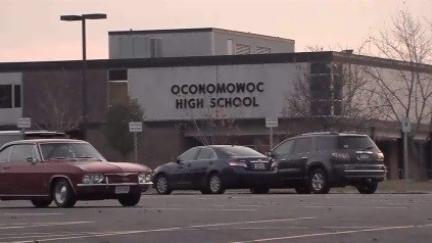 \"I think we need to keep drugs out of schools,\" said Jill Riemann, a parent, \"and if this is a way that would help that happen, I'm happy to learn more about it.\"

It's a practice many families support.

\"Grand kids went through the system, I suspect two of them were into drugs,\" said Pat Williams, who attended Monday night's meeting, \"and if they had been tested them they could have been dealt with before they become adults.\"

The policy will affect all intermediate & high school students who participate in sports, extra curricular activities, and those who hold campus parking passes.

\"We are living in an era, where everyone in this region is losing kids, to drugs,\" said Dr. Roger Rindo, superintendent of the Oconomowoc Area School District.

District officials say the policy will affect nearly 70% of the student body.

\"This isn't about kids being bad, it's an attempt to give kids another reason to say no,\" said Dr. Ringo.

Not all families are happy with the policy, some were concerned 7th grade is too young to begin drug testing, others wanted teachers & coaches to be included, and some are worried other students-- who need to be tested won't be.

\"Kids with lower grades, they don't have to have higher grades to be on a sport these are the kids who are slipping through the cracks,\" said Williams.

District officials say federal law prohibits them from testing all students, but this policy is a start.

\"It gives us an early opportunity to intervene, so we don't lose anymore kids,\" said Dr. Ringo.

Waukesha County has seen 40 deaths related to heroin overdose in the past four years, district officials say this policy is their proactive approach in their community's fight against drugs.

\"I'm personally fine with them taking the test if it's for the greater good,\" said Riemann.