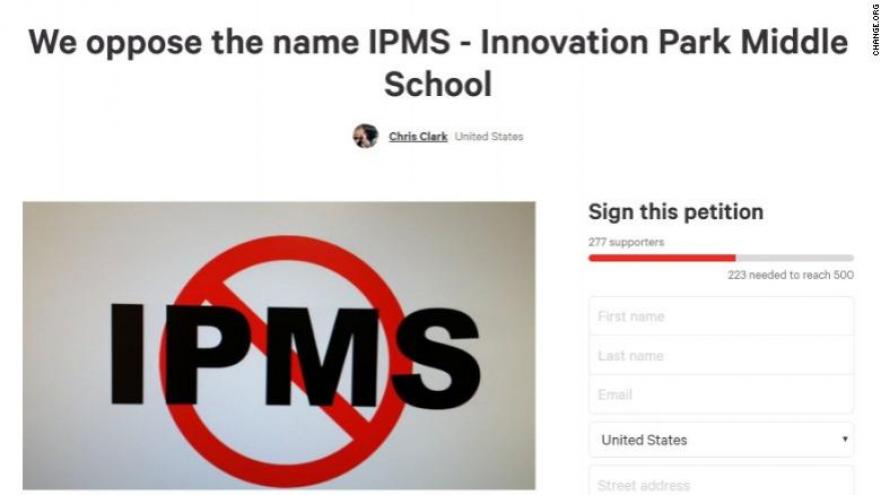 (CNN) Even before it opens, the Innovation Park Middle School has parents seeing red.

They have a problem with its acronym: IPMS.

The school in Lake Nona, Florida, is scheduled to open in August. The name was chosen during a school board meeting as a compromise between Innovation Middle and Moss Park Middle.

"They don't want to go to a school and wear a red shirt with the letters IPMS across the shirt for athletics, for academic competitions," Christal Feldman, a parent, told CNN affiliate WKMG.

"They just don't want to be ridiculed or be made fun of from other students from other schools."

More than 275 people have signed a petition to change the name of the middle school to something that won't be a "potential disgrace and embarrassment" to the community.

The school board is planning to reconvene and discuss changing the name of the new school.