Parents of Illinois teen accused of ISIS support: 'He was brainwashed' 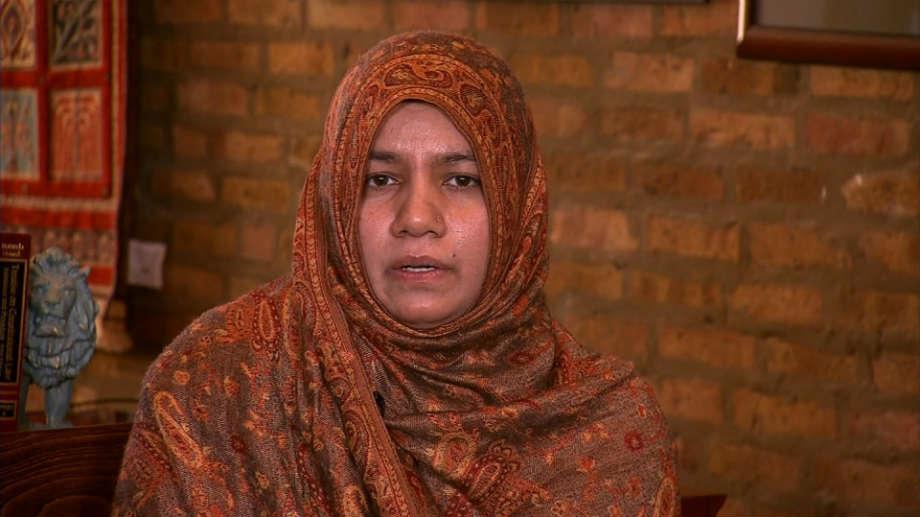 (CNN) -- Zarine and Shafi Khan saw their son growing distant for months. But they say they didn't realize what was happening -- until it was too late.

\"For the past few months, he was very quiet and he wanted isolation because he was watching or doing something on social media. And that's why he was brainwashed,\" Zarine Khan said in an exclusive interview with CNN's \"AC360\" Thursday.

Now Mohammed Hamzah Khan, 19, is accused of trying to support ISIS. This week he pleaded not guilty to a federal charge of attempting to provide material support to a foreign terrorist organization.

Outside the courtroom in Chicago, his mother told reporters she had a message for the terror group's leader: \"Leave our children alone.\"

\"They're misusing the children's innocence,\" Zarine Khan told CNN's Anderson Cooper Thursday. \"The children are gullible. They're vulnerable. Their thinking skills have not completely developed and these people are preying on that.\"

ISIS, an extremist Islamist group, has been fighting to take over a swath of territory in Iraq and Syria, where it wants to establish a caliphate or Islamic state. The group regularly uses social media to promote its goals, posting videos of brutal violence and using hashtags for other stories in the news to disseminate its message.

Authorities arrested Mohammed Khan at O'Hare International Airport in October as he was about to embark on a flight to Istanbul. In a letter he left behind for his parents, he wrote that he was leaving the United States and on his way to join ISIS, according to a criminal complaint. He invited them to join him in the \"Islamic State,\" but he warned them not to tell anyone about his travel plans.

The letter shocked them, his mother said.

Thomas Durkin, the teen's attorney, said the case was a sign of \"nothing but immaturity.\"

\"There are thousands of kids doing this, and I think that's part of the point, what's causing them to do it? I don't believe, in my client's case, it's because he's a violent person and wants to go kill people,\" Durkin said. \"I think he was a misguided young man who got manipulated by social media.\"

During questioning at the airport, Mohammed Khan told FBI agents that a person he met online had given him the phone number of a person to call once he arrived in Istanbul, federal authorities said in October. That person, Khan allegedly told the agents, was to take him to ISIS territory.

According to the complaint, Khan told authorities he was planning on being in some type of public service -- like a police force -- or providing humanitarian work or in a combat role.

ISIS has successfully recruited large numbers of foreign fighters from across the globe, including from the United States and Western Europe.

Turkey, the complaint notes, is a common transit point for foreign fighters from Western countries who travel to join ISIS.

If it weren't for the Internet, his mother now says, \"he would never be in the situation he is in today.\"

So what's her message for other parents?

\"Maybe the mistake we made was maybe we protected our children. We were trying to protect our culture or values. Maybe that was a mistake,\" Zarine Khan said. \"I would tell them to expose their children more to what's going on in the world, help them develop critical thinking skills to differentiate between the good and the bad guys.\"