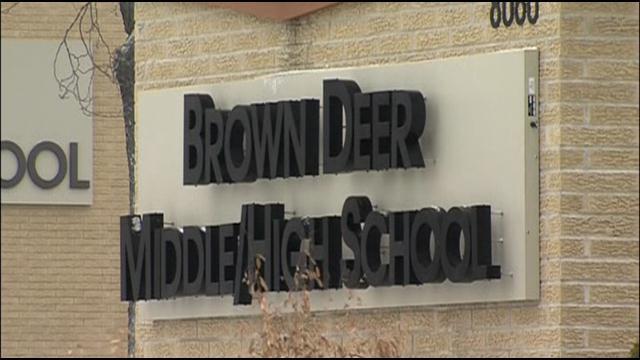 Police are questioning four young teenagers involved in a so-called sex party. Police learned the teens were engaging in sexual activity at a home in Brown Deer over Christmas break. One of the students informed a school official and from there it went to police.

\"I'm shocked at the age level they are doing it today,\" said James Holloway, a Brown Deer resident.

Brown Deer Police are investigating a \"sex party\" between four teenagers ranging from 12 to 14 years old.

\"I use the term \"sex-party\" loosely, because that's not really what it was. It was four teenagers who got together and sexual activity took place after that,\" said Brown Deer Police Chief Michael Kass.

He said there were no adults present at the time. The sex acts were recorded on a smart phone.

He also told CBS 58 the teens weren't forced into it, but that's doesn't make it ok.

\"Kids at that age can't consent to having sexual activity, hence law enforcement getting involved and potential crime,\" said Kass.

The kids could be charged with sexual assault. \"If in fact that's what Child Protective Services decides to do,\" said Kass.

“We are deeply troubled to learn that four Brown Deer students have been arrested for sexual assault in relation to a situation that happened off school property. This situation was originally brought to the attention of the school administration by other students who were concerned for the safety of the students allegedly involved. School administrators immediately contacted the police and are actively working with authorities as the investigation takes place. While the nature of the situation and ages of students require us withhold much information, it is important to note that the alleged incident did not occur in our schools or on our campus and the students were not arrested in our schools.”