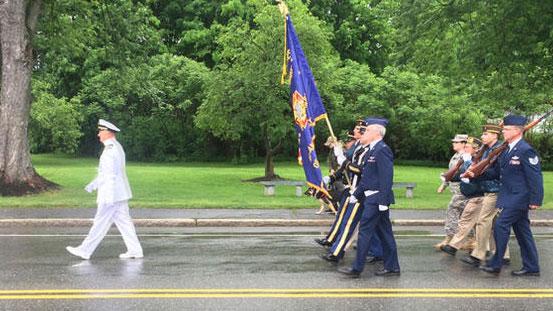 PEPPERELL, Mass. (CBS NEWS)- Rain may have canceled many Memorial Day parades across Massachusetts on Monday, but that didn't stop one group of local veterans, reports CBS Boston.

In Pepperell, a handful of service members braved the inclement weather and marched down Main Street anyway.

"Although we weren't exactly prepared for it, we are very proud of our Pepperell veterans who decided to march the parade route this morning even though the parade was cancelled," Pepperell police said.

Rebecca Szum was one of the residents who came out to see the inspiring display and sent a photo to WBZ-TV.

"It was very moving to watch and I'm proud to be from such a patriotic town as Pepperell," she said.