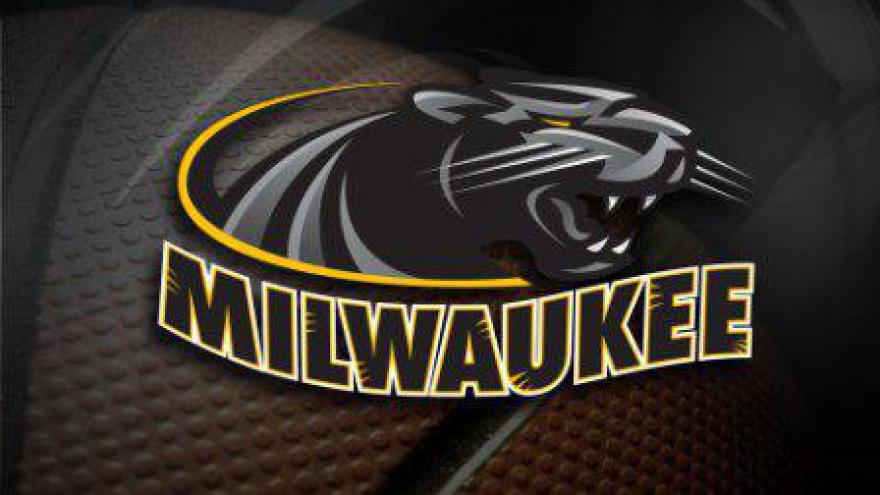 In a contest that featured 20 lead changes, the Milwaukee men's basketball team was unable to find the 21st in falling in double-overtime, 88-87, against Youngstown State Thursday night in a thriller at the Beeghly Center.

The Panthers (4-10, 0-1 Horizon League) and Penguins (7-7, 1-0 Horizon League) gave the crowd an entertaining evening, with YSU hitting a long buzzer-beater to extend the game past regulation and then outlast UWM in the extra periods.

"I was so proud of our guys," Milwaukee head coach LaVall Jordan said. "We fought like crazy. Everything didn't go perfectly and there was a lot of adversity to push through, but the resiliency of our team â€“ if I am a fan or an alum â€“ I am proud of that group right there."

Brock Stull led the way with a brilliant effort, posting a double-double with 10 rebounds and a career-high 26 points. He finished 9-of-15 from the floor and 6-of-6 from the free throw line, forcing the second OT period with a lean-back jumper with 6.9 seconds on the clock in the first overtime session.

"I thought he attacked the right spots at the right times, and that is something that he is learning," Jordan said. "I love the way he is progressing and growing as a player. It was big for him to have a night like that for our team."

Jeremiah Bell played a huge role in the second half, finishing with a season-high 16 points. Brett Prahl was also in double-figures with 12 points, adding five boards.

Bryce Nze collected a team-high eight rebounds, finishing with six points and a pair of blocks.

"Really proud of the group," Jordan said. "There are a few things we have to make some adjustments on, but if we continue to play with that type of resilience, with that type of pride, then I like our chances. Their mentality is on-course for how we want to build the program."

Cameron Morse paced the Penguins with 33 points, hitting that 35-footer at the end of regulation with 0.2 showing on the clock. Francisco Santiago finished with a double-double of 14 points and 10 rebounds.

Stull sank a jumper with just over three minutes remaining in regulation to tie it up at 67-67. From there, the Panthers maintained the lead until Morse's heartbreaker.

Bell drained a three to make it 70-67 and, following a YSU jumper, it was Stull again. His layin with just under a minute to play gave UWM the 72-69 advantage. The Panthers had one final possession to extend the lead but could not, setting the stage for Morse.

In the OT periods, the Panthers could not forge ahead. They had the contest knotted at 76-76 on a basket by Nze at the 2:09 mark of the first and were even again at 78-78 on a pair of Stull free throws with 1:22 to play. The final deadlock came at 83-83 with about three minutes to go. Down one and having to foul with seconds left, YSU then missed both free throw attempts, but UWM's desperation half-court heave was off the mark to end the night.

Seven points in a row out of the locker room in the second half quickly helped Milwaukee erase its halftime deficit, going ahead at the 17:40 mark on a jumper by Cameron Harvey. The first half featured large scoring runs by both sides, with YSU eventually holding a 43-37 advantage at intermission behind 14 points by Morse.

The Penguins grabbed an early lead at 13-7, but it was all Panthers from there. A three-pointer and lay-in on the next possession by Harvey quickly made it 13-12 at the 15:09 mark.

UWM scored 14 in a row when Stull hit a floater and was capped at 17-0 on a 3 by Jeremy Johnson that gave the Panthers a 24-13 lead and forced a YSU timeout. The UWM defense held its opponent without a field goal for over seven minutes at one point.

That timeout worked some kind of magic for the home team, as the Penguins rattled off 15 points in a row to shift momentum and grab a 28-24 lead. UWM had the deficit down to 31-30 on a pair of Barnes free throws, only to see Youngstown State score 8 of the next 10 to land the next swing of momentum.

The Panthers will remain in Ohio and celebrate New Year's Eve with a matinee contest at Cleveland State. Game time against the Vikings on Saturday is set for 2:30 p.m. CST.