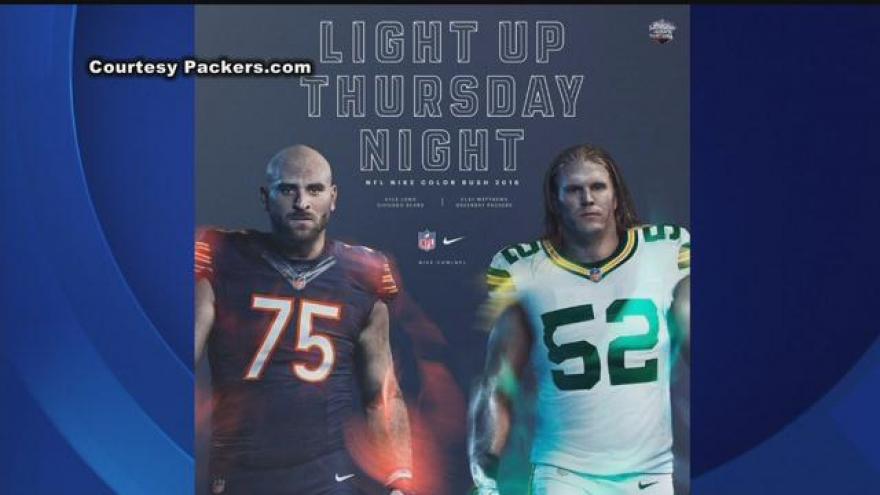 The Packers will again don their all-white color-rush uniforms during their Thursday Night Football game against the Chicago Bears on Sept. 28, President/CEO Mark Murphy said Monday.

The Packers unveiled the uniforms during last year’s Week 7 game against the Bears, which resulted in a 26-10 victory at Lambeau Field. The uniform consists of the Packers’ regular road jersey with matching white pants. It’ll be worn for only one game this season.

The NFL began using color-rush uniforms on Thursday night games in 2015 on an optional basis before becoming mandatory last season.

Prior to 2016, the last time the Packers wore their traditional white jersey for a game at Lambeau Field is believed to be on Sept. 17, 1989, for a game against New Orleans. Green Bay wore its regular gold pants that day.