Packers Vs. Brewers in Ping Pong for the Boys and Girls Club 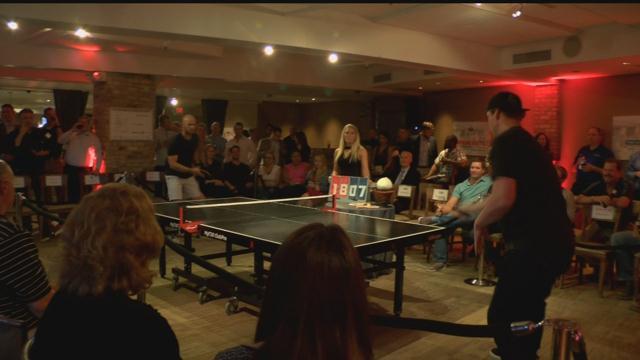 Pro players having a little fun in Milwaukee Monday night while raising money for the Boys and Girls Club.

The Bucks ping pong event at SURG on the Water welcomes Brewer Ryan Braun and Packer Randall Cobb among other professional athletes in a friendly competition.

"It's good to get the Packers and Brewers together," Cobb told CBS 58 News. "So many of  our loyal fans together for a night of fun. It's an awesome event and the most important part is that it's all going to the Boys and Girls Club."

"There are so many worthwhile causes," added Braun. "A couple years ago it was Children's Hospital. This year it was the Boys and Girls Club. But whomever is here, we want to win and have fun with it."