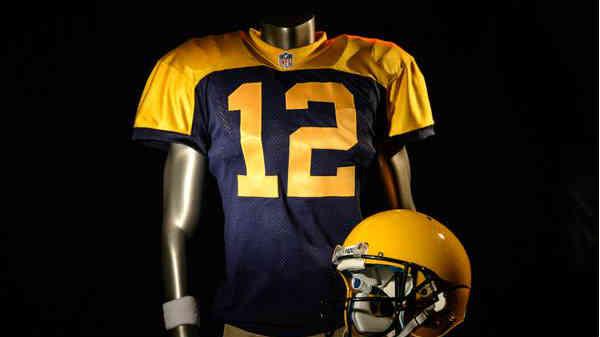 The Green Bay Packers will debut a new look in 2015 that’s entirely unoriginal.  That’s because the new uniform is a throwback to the team’s unis from the 30’s and 40’s.  The team unveiled the latest throwbacks at the annual shareholder’s meeting Tuesday.

The uniforms feature the team’s Acme Packers colors of navy blue and gold with the shoulders in gold and the torso in navy blue.  The helmet is solid yellow.

The Packers will wear the throwbacks at Lambeau on October 18th against San Diego.