Packers to Wear Mostly White for Game Against Bears 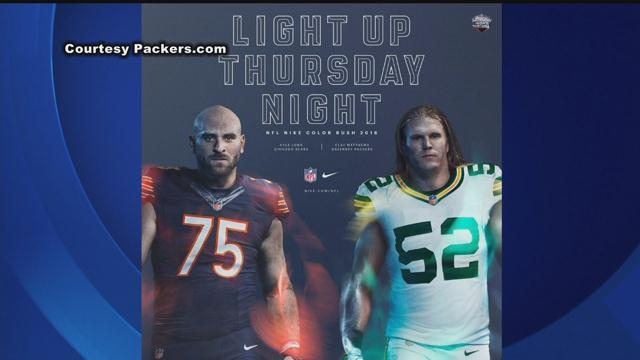 The Green and Gold will be wearing mostly white for an upcoming game against the Bears at Lambeau Field.

The Packers unveiled their so-called Color Rush uniforms for the week 7 matchup on October 20th.

The jersey is the packers' regular road jersey with new white pants to go with it.

The color-rush uniform will be worn only for the one game this season.

This season, color-rush uniforms are mandatory, and rather than go all green or all gold the Packers are going with all white.  The Bears will wear their all navy uniforms.