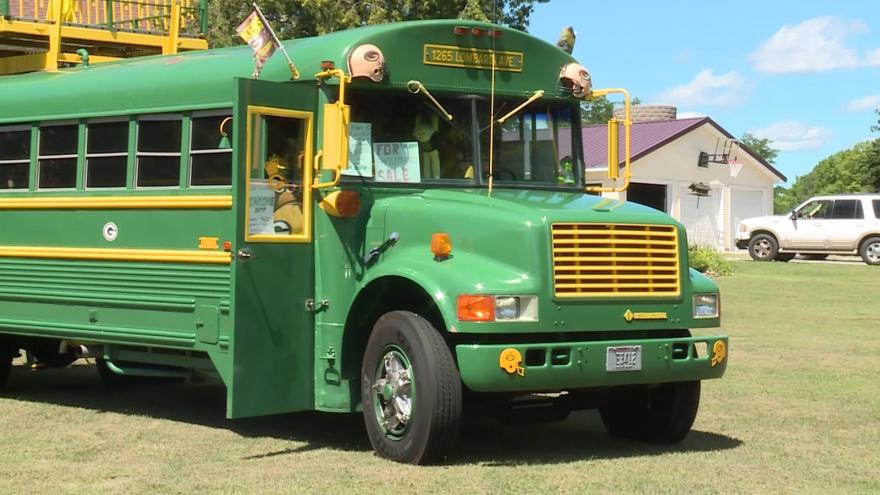 The owner, Jason Mercier, whose game day nickname is King of the North, describes it as a mobile man cave.

He bought the bus last year from a pair of fans who used it for tailgates for about a quarter century.

Now he's selling it because he wants to focus on college money for his son in high school.