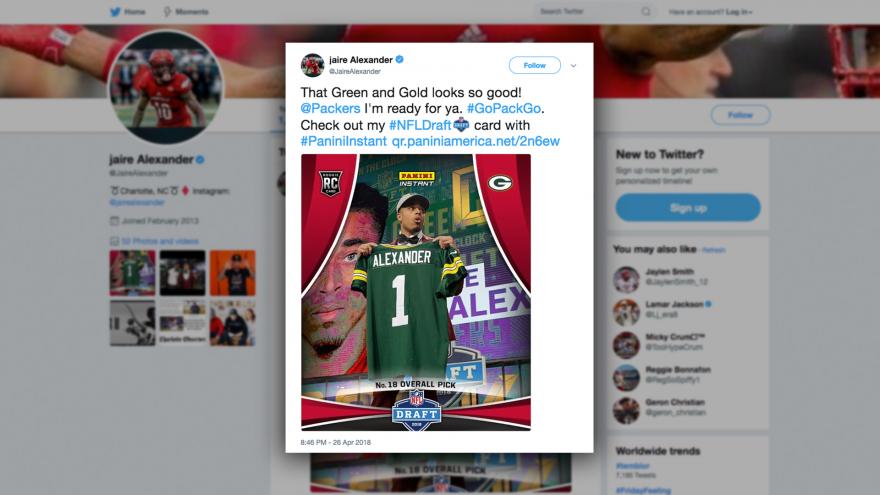 The Packers selected Alexander last month with the 18th overall pick. Alexander had a team-high five interceptions as a sophomore in 2016 before a knee injury limited him to six games last season. He also was a kick returner at Louisville.

Green Bay is hoping the additions of Alexander and second-round pick Josh Jackson of Iowa can boost a secondary that has been hit hard by injuries. The Packers allowed 30 touchdown passes last season, tied for the second-highest total of any team. .