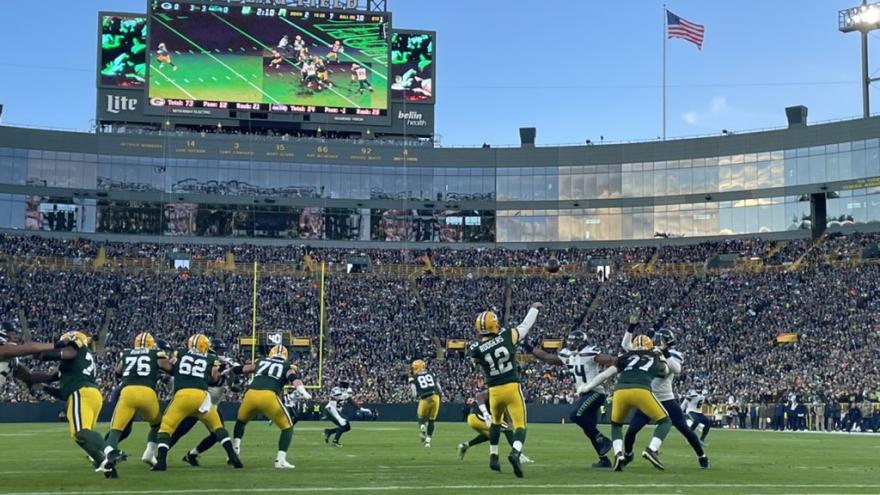 Sunday's victory earns Green Bay the top seed in the NFC with an 8-2 record on the season.

The Packers had two interceptions on the day against Seattle quarterback Russell Wilson in his first game back after sitting out due to a finger injury.

Aaron Rodgers finished his comeback game going 23-37, 292 yards, and an interception after sitting out last week against Kansas City in COVID-19 protocol.

Green Bay travels to Minneapolis to face the Vikings next Sunday, Nov. 21.