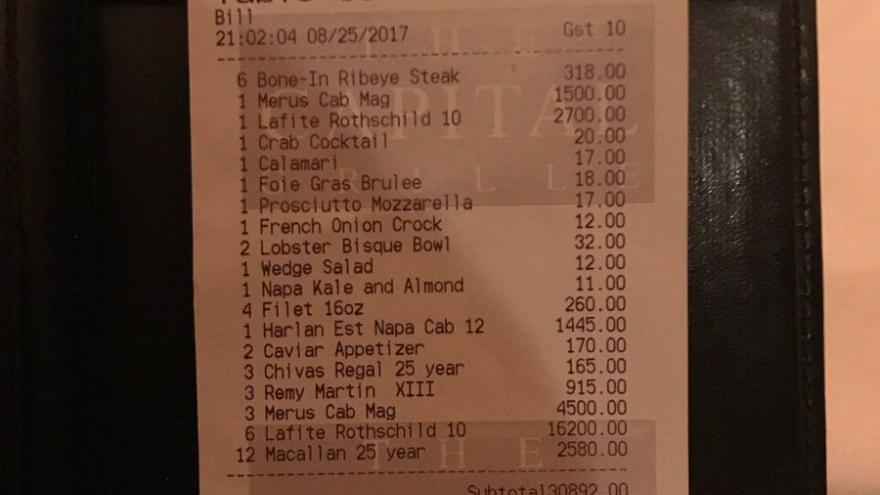 It's an annual tradition, but that doesn't make it sting any less when it actually happens. Pretty much every year, the veterans on pretty much every NFL team get themselves treated to a wildly expensive dinner paid for by the rookies.

The Green Bay Packers just went out for theirs, at Capital Grille in Denver, Colorado. The bill was ... not cheap.

That's not nearly enough food or drink to feed the entire team, so obviously, just a portion of the Packers' current 90-man roster went out for this dinner, but let me tell you this: the guys that did go, they did it right. Ribeyes, filets, lobster bisque, calamari, caviar ... and some preposterously expensive drinks.

Three Remy Martins for $915. 12 glasses of Macallan 25 ran them $2,580. Four bottles of Merus Cabernet Sauvignon cost $6,000. Seven bottles of Lafite Rothschild totaled $18,900. They got overcharged for some of this stuff, of course, but the vets getting a comped meal presumably didn't care about that part.

Packers' veteran offensive lineman David Bakhtiari documented the picture of the receipt totalling $33,696.99 and saying "What a dinner, I'm stuffed. Thanks #Rooks."