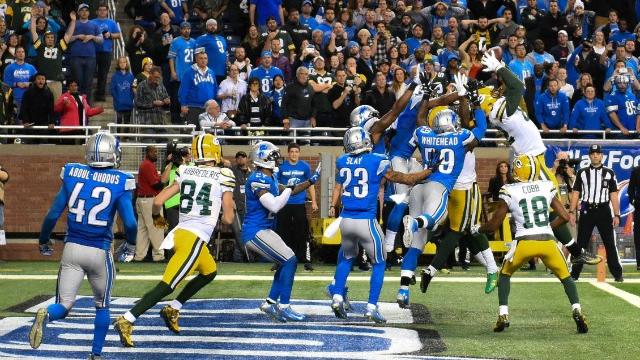 Packers head coach Mike McCarthy has had time to look at the video, digest what happened Thursday night, and he says it is very clear Thursday night's game winning play was phenomenal, "it's probably the best throw I've seen in my time in this game."

A high arcing throw on the money and tight end Richard Rodgers on the other end to haul in the 61-yard desperation heave as time expired, "I saw it on TV last night, this morning, I guess you could say because I couldn't sleep, so I stayed up and watched it a few times. It was a phenomenal play," said Coach McCarthy.

"I didn't really know what was going on around me, I just locked in on the ball and tried to make a play and made sure I was in the end zone," said Richard Rodgers.

McCarthy says while most people will call that play a Hail Mary, that's not what it is inside the Packers locker room, "we call it a rebound pass we don't call it a Hail Mary because we think we're going to go up and catch it like a rebound so it's called a rebound pass."

McCarthy said Thursday night's win is his team’s greatest regular season win and not only because of that huge rainbow of a pass Aaron Rodgers launched, "you know, the reaction on the sideline, that's the stuff you're going to remember. I just get the biggest kick seeing our guys, the joy they had and the excitement in the locker room, it was phenomenal."

Everything clicked for this team on that game winning play Thursday night. McCarthy says now the next step is to get this team to click for all four quarters as it heads toward the playoffs.