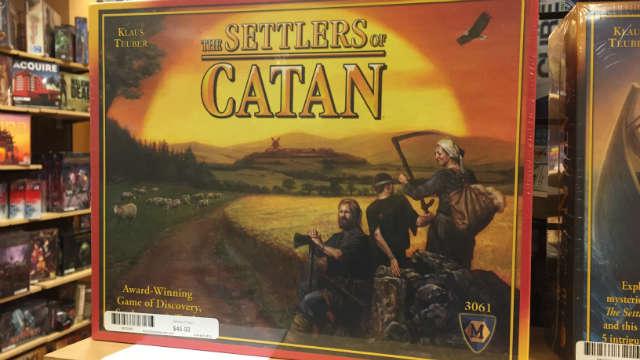 It's a board game that's been around a long time, but it's getting a new burst of attention because some Green Bay Packers are obsessed with it.

The strategic game is called \"Settlers of Catan\" and some of the Packers are hooked, according to the Wall Street Journal.

The paper reports Tackle David Bakhtiari introduced the game to some of the players. Now, they are addicted to the point that Bakhtiari recently tweeted, \"If you know #Catan, we can be friends.\"

\"We love the Green Bay Packers... so when we heard that the Packers are playing \"settlers\", that's just pretty cool,\" said Gordon Lugauer, owner of the \"Board Game Barrister\" store at Bayshore Mall.

Since word got out about the Packers, stores like the \"Board Game Barrister\" have had more people inquire about the game.

\"I've had four or five people ask this morning already and I've had a few phone calls of people asking if we carry it,\" said Glenn Buettner, Store manager.

The \"Gnome Store\" in Green Bay is also getting similar inquiries. Pat Fuge, the owner, told CBS 58's Sandra Torres that he's sold twice as many of the board games since the news spread.

The store even put up a sign that says \"Be cool like Justin Perillo, play Catan!\". Fuge said the players are getting a laugh from it.