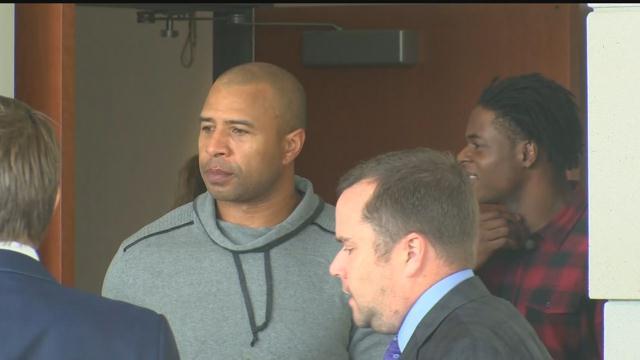 Men are shaving their beards and then growing them out during the month of November to increase awareness about prostate cancer.

Once again this year, some familiar faces are joining the campaign.

Packers Wide Receiver Davante Adams, and Hall of Famer Dorsey Levens were greeted by a welcoming crowd at the cancer center on Froedert’s campus to kick off Movember.

“Men are terrible. If it's not really killing them, they won't get checked out so I'm doing my part to make sure I help out,” said Davante Adams.

Prostate cancer is one of the most treatable forms, but the second leading cause of cancer death in men.

"It's really important for black men or middle age because I fall in that category. We have one of the highest percentages of getting prostate cancer in the world or of any race. 60 % higher than any other race,” said Dorsey Levens, Packers Hall of Famer.

In front of the crowd, the two were given a complete shave and will grow it out for the entire

"I told him that once he gets a little older and he can put on his big boy pants, maybe he'll grow some facial hair, but right now he doesn't have a chance,” said Levens.

Everyone is encouraged to use the hashtag grow your support and share your pictures.