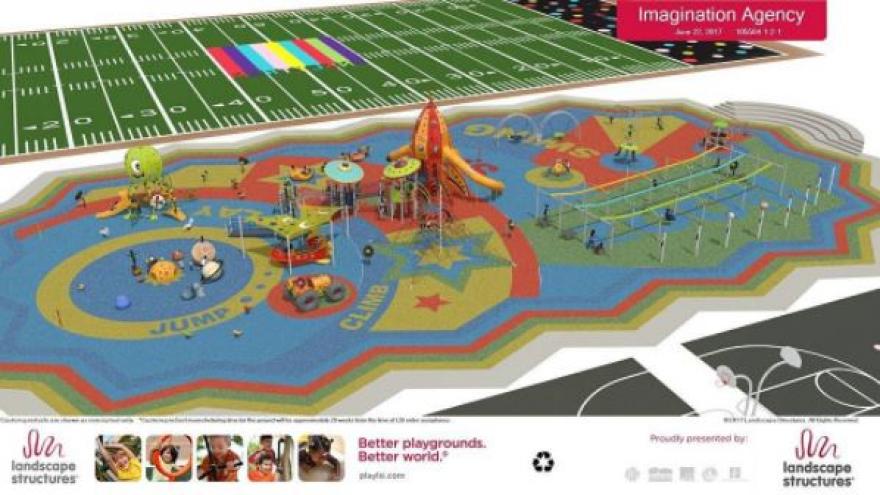 GREEN BAY, Wis. (CBS Sports) -- Packers tight end Martellus Bennett is pretty darn good at his primary job -- he has the sixth-most receiving yards among all tight ends since 2012 -- but he might be even better at his other non-football jobs.

On Saturday, Bennett released a design plan for his Houston-based theme park, which will be called MartyLand Adventure Park. It looks awesome.

Bennett has never stuck to just football. As Forbes' Madeline Berg detailed last year, Bennett has written a children's book, founded The Imagination Agency, and designed an interactive app, among other endeavors outside of football. He's also dabbled in political cartoons:

Perhaps most impressively, he even inspired Gronk, who once said on TV that the last book he read was called "A Mockingbird To Remember," to read.

"Just about creativity. How he reads books," Rob Gronkowski said last year, per the Providence Journal. "I was just thinking, everyone that reads books says they love reading books. It got me thinking that I want to go down that path. It feels like it keeps your mind rolling with ideas. That's great to have.

"It's neat. He's always thinking. His mind is always thinking. He's a very intellectual guy, that's very creative and smart. If you need any ideas, you just ask him and boom, he'll come up with it. You'll be like, 'Damn, that's right.'"

Bennett and Gronk for "True Detective" Season 3. Who's with me?