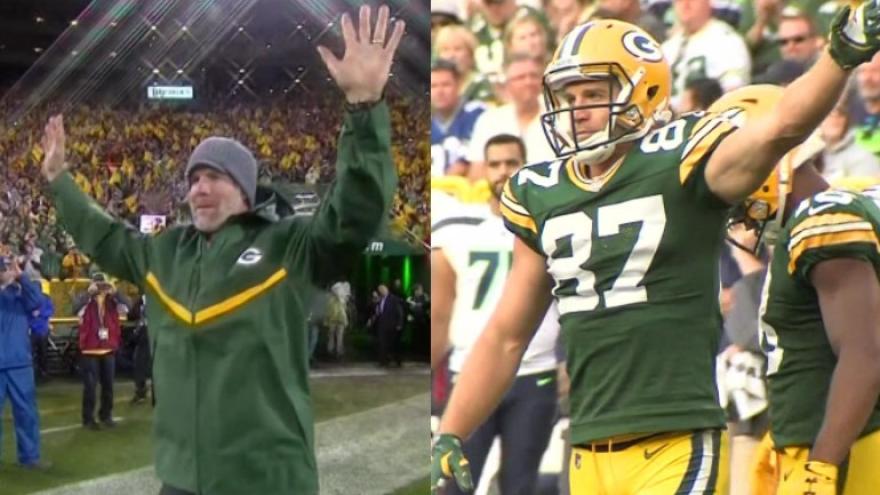 GREEN BAY, Wis. (CBS 58) -- Former Green Bay Packers legends Brett Favre and Jordy Nelson will be inducted into the Wisconsin Athletic Hall of Fame on June 5, according to Packers.com.

The news release says the Packers duo comprises the 70th anniversary class and will join 143 of the state’s greatest athletic icons in the hall, which was founded in 1951.

According to Packers.com, Favre was inducted into the Packers Hall of Fame in 2015 and the Pro Football Hall of Fame in 2016. He remains the only player in NFL history to win three consecutive league MVP awards (1995-97), and he’s one of six players in team history to have his jersey (No. 4) retired by the team. Favre, who played 16 seasons for the Packers (1992-2007) still holds the record for the most consecutive games played, and when he retired he had thrown for more pass attempts, completions, yards and touchdowns than any quarterback in NFL history.

For the induction ceremony, tables can be purchased by contacting the Wisconsin Athletic Hall of Fame at (414) 727-3605 or at csanfilippo@WIHallofFame.com. Limited seating is available. Additional details on the event will be announced in January.