Packers Hall of Fame Game Canceled due to Field Conditions 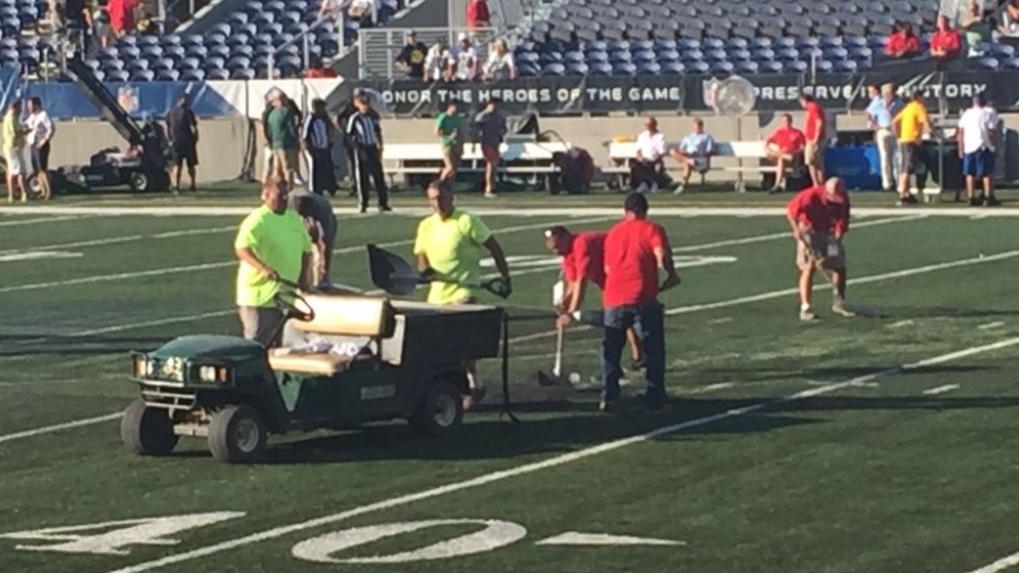 Sunday night's Pro Football Hall of Fame game has been canceled due to the field conditions. The problem has to do with the turf pellets and the painted areas of the field.

One Packers players described the conditions as "terrible" and another player said the painted areas are like cement.

Field crews were working to remove the paint from the field in order to soften up the playing surface, before the cancellation was made.

The NFL Players Association released the following statement about the cancellation:

"Due to safety concerns with the condition of the playing surface in Canton, tonight’s game between the Indianapolis Colts and Green Bay Packers has been cancelled.  We are very disappointed for our fans, but player safety is our primary concern, and as a result, we could not play an NFL game on this field tonight."

Packers next play the Browns on Friday at 7:00 PM televised on WMLW, The M.