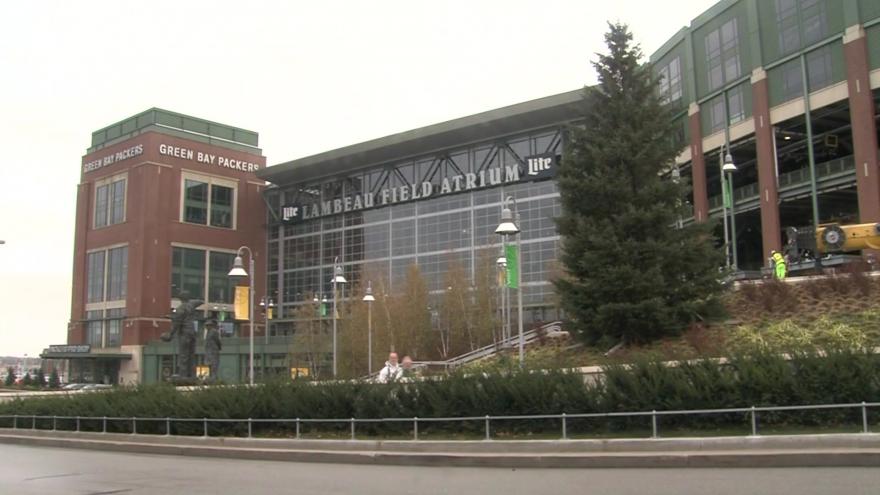 GREEN BAY, Wis. (CBS 58) -- Lambeau Field is ready for Sunday’s Packers-Falcons game, which will recognize participants in the Fuel Up to Play 60 program.

During pregame, the Packers will recognize several dozen kids participating in the Fuel Up to Play 60 program, in partnership with the Dairy Farmers of Wisconsin, who will be introduced and run through the tunnel and onto the field.

The pregame festivities will also honor Hailey Cousland from Oconomowoc, Wis., as the “Shopko Kick-Off Kid.” The 9-year-old planned and facilitated a cancer walk to raise money for cancer research. Learn more about Shopko's Kids Making a Difference at shopko.com/kickoffkid.

Prior to the national anthem, the Packers and WPS Health Solutions will be recognizing Lieutenant Max Hofer and his family through Operation Fan Mail on the field.

At the two-minute warning of the first half, Derek Eufinger from Waukesha, Wis., the winner of the “Ultimate Leap Contest,” will have the opportunity to do a Lambeau Leap in the north end zone.

During halftime, seven members of Wings of Blue, the U.S. Air Force Parachute Team, will jump from a plane and parachute into the stadium.

The organization is reminding game attendees that no bags or purses are allowed inside Lambeau Field unless they are clear plastic, vinyl or PVC and are no larger than 12” by 6” by 12”. All fans entering Lambeau Field on gamedays will use walk-through metal detectors. For more information on gameday carry-in and safety policies, please visit packers.com/lambeau-field/gameday.

Fans on Sunday can enjoy the Johnsonville Tailgate Village, the permanent tailgating and event space in Lambeau Field’s east side parking lot. The JTV, along with the parking lots, will open at 8 a.m. for ticketed and non-ticketed guests alike and will feature live music, food, beverages and a festive tailgating atmosphere.

The Lambeau Field Atrium, including 1919 Kitchen & Tap, the Packers Hall of Fame and Packers Pro Shop will be open to ticketed guests only beginning at 8 a.m., and stadium gates will open at 10 a.m.