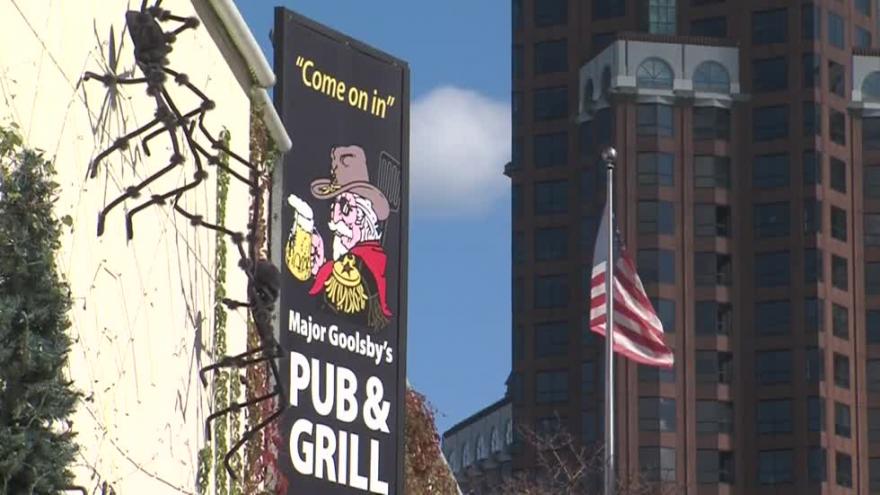 Some fans were happy to see the team make moves, others are hoping this doesn’t mean an early end to playoff hopes.

Fans at Major Goolsby’s in downtown Milwaukee were eager to chime in.

Werner says he’s now even more optimistic about the season in the wake of the trades.

He is very happy the team shipped Ty Montgomery, who he saw as a trouble for the locker room.

“You gotta show who the heck’s the boss, and if he was told to kneel and he didn’t and he went and did that and fumbled, he’s gone,” said Werner.

Tyler Kinnick agrees. “It really comes down to when he questioned his role on the team, you can’t really do that as a player,” said Kinnick.

Kinnick thinks Montgomery would be toxic for the locker room.  As for Clinton-Dix, Kinnick is just glad the Packers got something in return.

“To be honest, a 4th round draft pick for a guy who was going to leave in 8 games anyways, that’s a great move by our gm and you can’t ask for anything better than that,” said Kinnick.

“I’m sad,” said Connie Bennett, who was the only fan we talked to that was disappointed in the trades.

“Much rather keep him, I think he’s a great player, one of our best, and we’ll see what happens for the rest of the season,” said Bennett.

She’s one of many that hopes this is a positive turning point, and not the beginning of the end of the season.

“We’ve still got half a season to go, and this is still a good stretch, going to New England and we’ve got something to prove,” said Werner.

“As long as Aaron Rodgers is the guy under center, and Mike McCarthy is the head coach, I have faith that those two guys and this team will figure it out, to some degree,” said Ramie Makhlouf, Co-Host of The Big Show on 105.7 The Fan.