CHICAGO (CBS 58) – Fans are gathering in Chicago's Grant Park ahead of the NFL kickoff match-up between the Green Bay Packers and Chicago Bears at Soldier Field.

"So excited to be here in Chicago with other NFL fans," One Packers fan said. "I'm looking forward to great things, but I never talk about the game before I'm at the game so, Go Pack Go!"

Another fan said the area is filled with Packers fans and almost feels like Wisconsin.

"I'm really optimistic," he said. "There's a ton of Packers fans down here and it almost feels like Lambeau South... I think it's going to be a great night for Packers fans."

In Grant Park, the NFL Kickoff Experience offers fans activities and entertainment before the game. People can try to kick a field goal and watch performances by Meghan Trainor and Meek Mill. The game will also be live streamed at the park.

CHICAGO (CBS 58) – The Green Bay Packers and Chicago Bears will go face-to-face Thursday to kick off the NFL’s 100th season.

The Packers will face the Chicago Bears at Soldier Field. Outside the field, at Grant Park, the NFL Kickoff Experience will offer activities to enjoy before the game.  Fans can try to kick a field goal and watch performances by Meghan Trainor and Meek Mill. If you don’t have tickets to the game, fans can watch a live stream outside the field at Grant Park.

“Just a really special celebration doing this unprecedented watch party where fans can come down, all for free,” said Matt Shapiro, with the NFL Kickoff Experience. 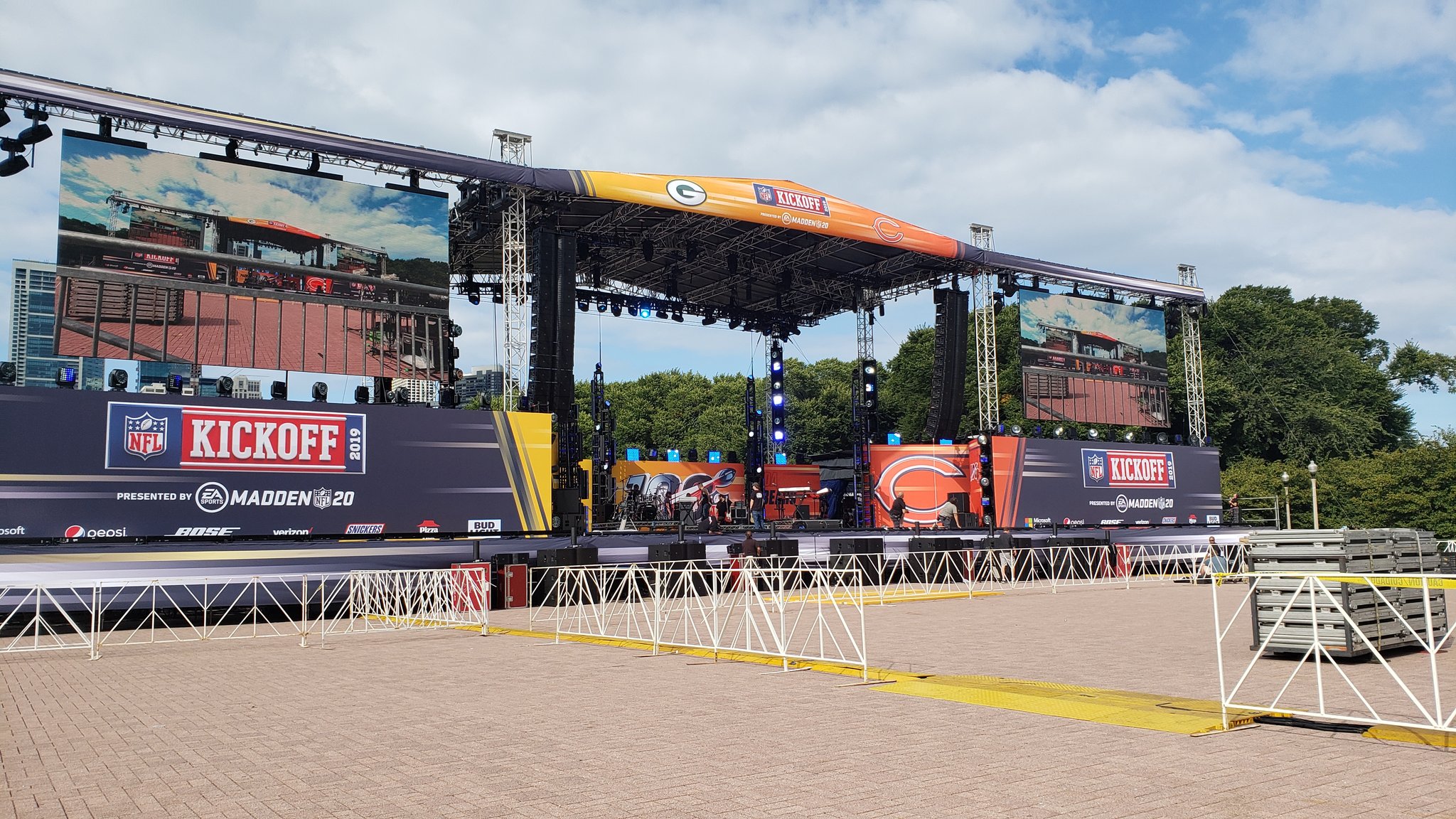 “The fact that the league chose the Packers and the Bears to square off against each other speaks highly of how the league views our rivalry and what it means to the league,” Murphy said.

“I’ve been talking crap to all my friends because they know I’m a diehard Packers fan, so I’m excited, I can’t wait,” Packers fan Dawn Davis said.

Many Packers fans are excited for the start of the football season.