Packers fan willing to get married and divorced for season tickets

NOW: Packers fan willing to get married and divorced for season tickets

MILWAUKEE (CBS 58) --- One very devoted Packers fan is putting it all on the line for season tickets. The fan-created a post on Craigslist showing the lengths he’ll go for season tickets and it has gone viral.

Lambeau Field has been sold out of Green Bay Packers tickets since 1960. Packers fan Matt McLaughlin put his name on the waiting list 10 years ago but says there’s still about 70,000 people ahead of him. As a last resort, the fan posted an ad on Craigslist saying he’ll pay $10,000 for someone’s spot in line. Since you need to be related to get the season tickets from them, he offered to legally change his name, marry and divorce someone, or even let you adopt him. 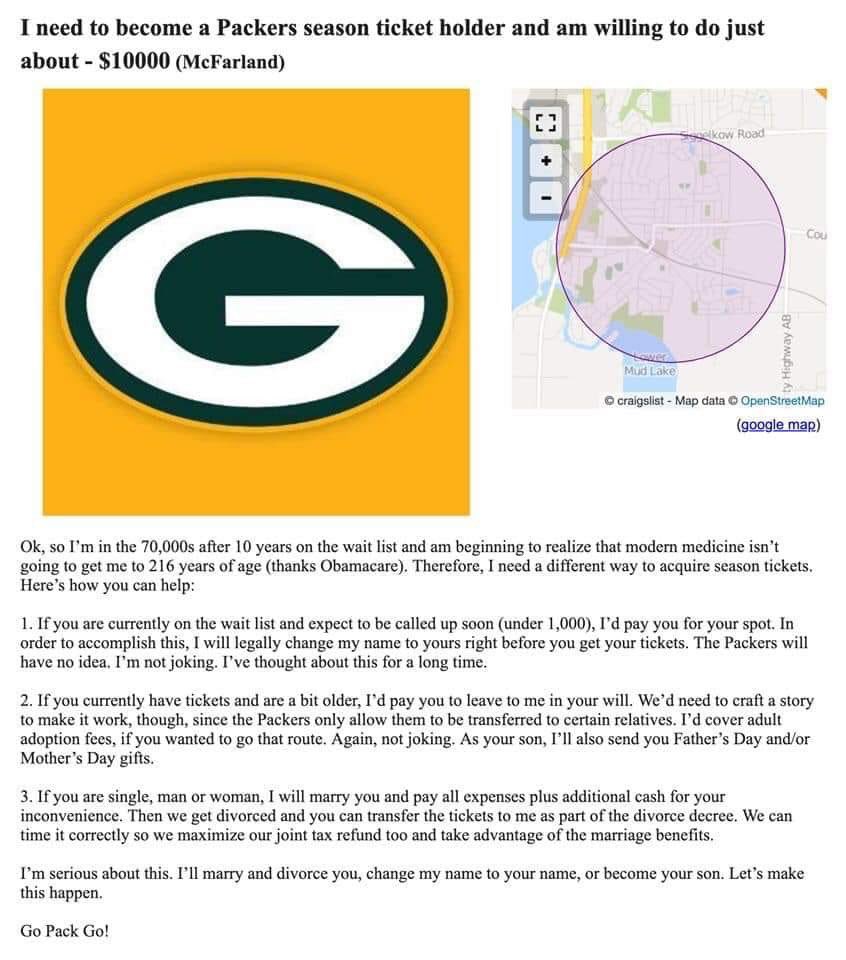 McLaughlin is a married man. His wife didn’t know he was putting the offer out to the public and McLaughlin said his wife isn’t happy about it and has been sleeping on the couch for the last few nights.

“I thought we had the perfect marriage, but the fact that she's not willing to divorce me for Packers tickets kind of has me questioning things,” McLaughlin said.

As crazy as the story may seem, McLaughlin said he is completely serious and still looking for someone interested.