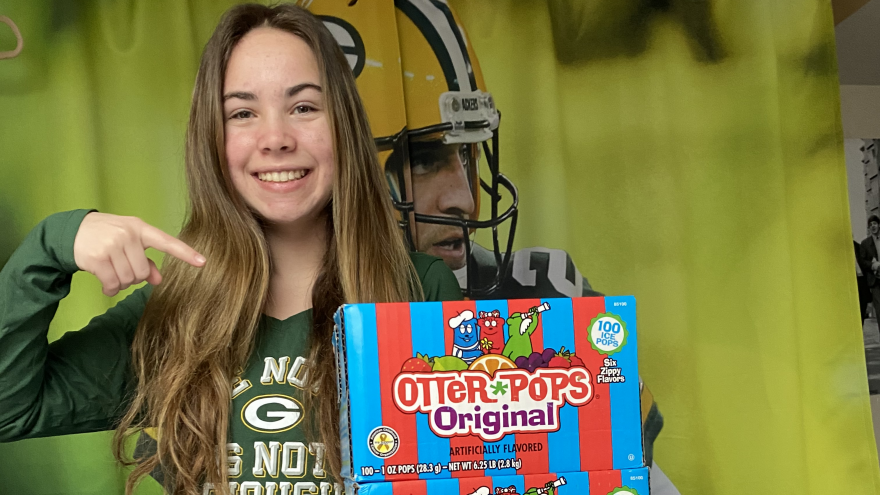 MILWAUKEE (CBS 58) -- A Packers fan went viral on social media last week after posting a video of herself taken shortly after getting out of surgery.

In the video, 18-year-old Callie Kessler expresses her love for the Packers and Aaron Rodgers. Kessler told CBS 58 she had her tonsils removed and her parents filmed the aftermath.

See Also 'I want Aaron Rodgers here:' Packers fan expresses love for Rodgers following surgery
Among many things, in the video she says Rodgers would buy her 400 popsicles. After the video gained attention and was shared thousands of times, Rodgers girlfriend, Danica Patrick, tweeted at Kessler.

We would like to buy you 400 popsicles. Dm your address. ?
We hope you feel better, but if you don’t, the popsicles should help a little! ?? @AaronRodgers12https://t.co/DMezMuCDWy

Kessler tells CBS 58 on Monday she received popsicles in the mail.

Kessler says, “It’s honestly crazy, I did not expect that at all. It all feels so surreal but I’m so happy and a little bit embarrassed!”