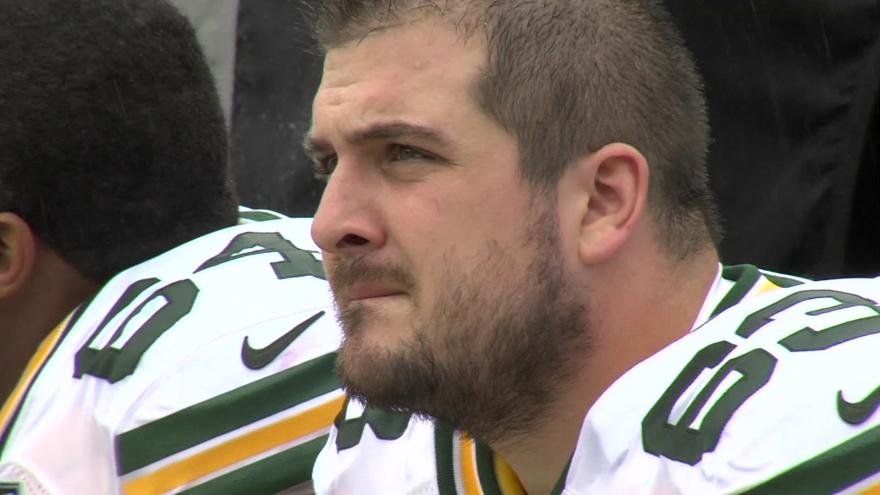 The award recognizes a player for his excellence on and off the field and is among the league's most prestigious awards.

Each of the league's 32 nominees were announced Thursday, and each will receive a donation of $40,000 in their name to their charity of choice. The winner of the Walter Payton NFL Man of the Year award will receive a $250,000 donation to the charity of their choice.

According to a news release from the Packers, a native of Youngstown, Ohio, Linsley has continued to steadfastly invest his time and talents both on the football field and in the community. Since coming to Green Bay in 2014, perhaps Linsley’s biggest community impact has been his work with Court Appointed Special Advocates (CASA) of Brown County, a volunteer-based nonprofit organization that provides a voice for abused and neglected children who are under the legal protection of the court system through no fault of their own. Linsley and his wife, Anna, serve as CASA advocates, visiting children to whom they are assigned regularly and submitting monthly reports to the judge on the children’s safety and wellbeing. The Linsley family has also helped direct donations to CASA from the Packers and the NFL social justice initiative, totaling $100,000 in the last two years, and they have served as state spokespeople for Wisconsin CASA, attending special events and appearing in PSAs and advertisements.

Linsley has also demonstrated his commitment to the community by raising funds for the family of his “bike kid,” Travis Kohlbeck, when the Kohlbeck family faced various health challenges. Linsley spends time giving back in a variety of other ways, including helping to host a Play 60 event for students with special needs at Syble Hopp School in De Pere and taking part in numerous Packers Give Back programs and events. He has also been a major participant in the Packers Give Back Celebrity Bowling Event that has helped raise money for Northeast Wisconsin Technical College and CASA, and he often lends a hand to help teammates with their fundraisers.

All 32 team winners will be highlighted as finalists and recognized for their important work leading up to Super Bowl LV. The 2020 Walter Payton NFL Man of the Year will be announced during NFL Honors, a two-hour primetime awards special to air nationally the week before Super Bowl LV on CBS.

As a nominee, Linsley will wear a Walter Payton NFL Man of the Year helmet decal through the end of the season in recognition of his accomplishments on and off the field.

For the sixth year, each Walter Payton Man of the Year nominee will also take part in the Charity Challenge, a social media challenge that encourages fans to post on Twitter using a unique hashtag for each player. The player hashtag that generates the most mentions between Dec. 10 and Jan. 17 will win an additional $25,000 donation to the charity of his choice, with the runner-up receiving $10,000 and the third-place winner receiving $5,000. Fans can support Linsley by tweeting with the hashtag #WPMOYChallenge + Linsley to help him earn the donation.

A leader on & off the field. @Linsley71 is the #Packers nominee for the Walter Payton NFL Man of the Year award.

More information about the Walter Payton NFL Man of the Year Award can be found HERE.