Package Thieves on Upper East Side 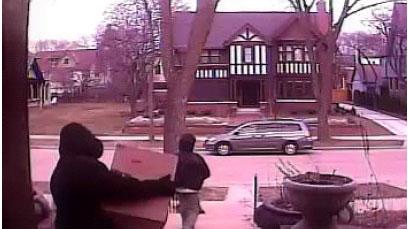 Milwaukee Police are asking for the public to help identify suspects in a theft.

Three suspects allegedly stole packages from a porch of a residence on the Upper East Side. The incident happened on Monday, March 21st, around 6:00 p.m. in the 2900 block of N. Shepard Avenue.

The suspects arrived at the scene in a white minivan and approached the victim’s porch.  They then stole packages that were delivered to the victim and fled the area.

The vehicle is described as a white minivan, unknown make and model with rust on the frame on the driver’s side.

If you know anything about these men, or the vehicle shown, please call Milwaukee Police at 414-935-7211