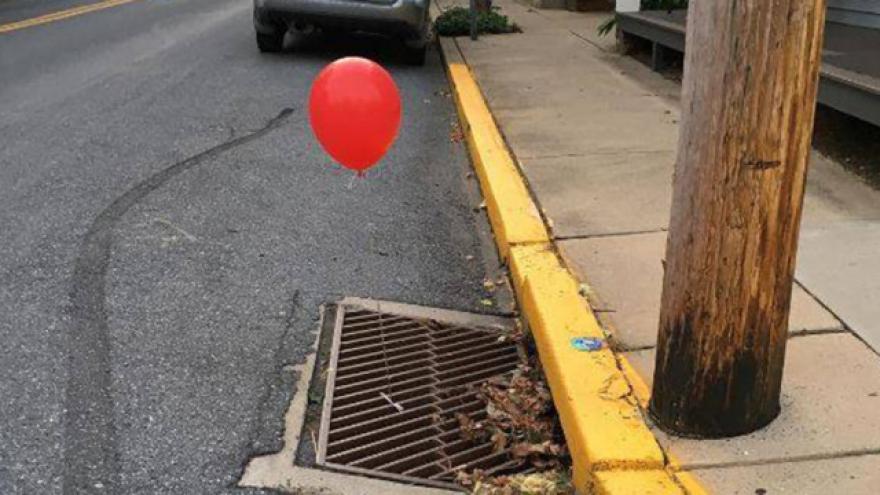 UPDATE: LITITZ, Pa. (AP) — A girl says she and her friends are behind the red balloons found tied to sewer grates in a small Pennsylvania town, not a homicidal clown.

Seventeen-year-old Peyton Reiff tells PennLive.com the girls were trying to scare their friends in Lititz after seeing a trailer for the upcoming movie "It."

A red balloon is the calling card of Pennywise, the sewer-dwelling, child-eating clown in Stephen King's novel-turned-movie.

Reiff says the teens were surprised at how much attention the prank got after the local police made a playful post on Facebook, saying they were "completely terrified" to remove the balloons.

Reiff says they will meet with the department for a "funny follow up," but says they are not being punished.

LANCASTER COUNTY (KDKA) – Police in one small Pennsylvania borough say they were “completely terrified” after someone placed red balloons on grates.

Police are asking the “local prankster” not to continue placing the balloons on the grates, similar to the movie “It” which comes out on Friday.

In a post on Facebook, the Lititz Borough Police Department say they know the movie is coming to theaters in a couple days and give the prankster creativity for promoting the movie.

“We want the local prankster to know that we were completely terrified as we removed these balloons and respectfully request they do not do that again,” the post read.

The movie “It’ hits theaters on Friday.