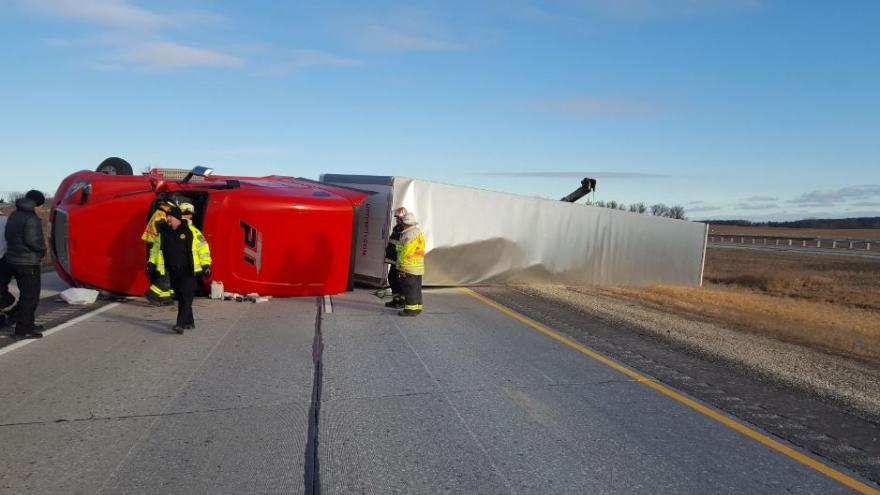 OZAUKEE COUNTY, Wis. (CBS 58) -- A man is expected to be okay after a semi hauling about 31,000 pounds of paper product rolled over in the Town of Belgium Wednesday morning.

It happened just after 8:00 a.m. January 16 on I-43 southbound, south of CTH D. The accident blocked both southbound lanes of traffic. The driver of the semi, a 61-year-old man licensed through Ohio, was temporarily trapped and needed to be extricated by Belgium Fire and Rescue. He was later taken to Aurora Hospital in Grafton with non-life threatening injuries.

I-43 southbound was temporarily shut down for about two hours while Wisconsin State Patrol and the Sheriff's Office investigated and the vehicle was towed. The cause of the accident is still under investigation.