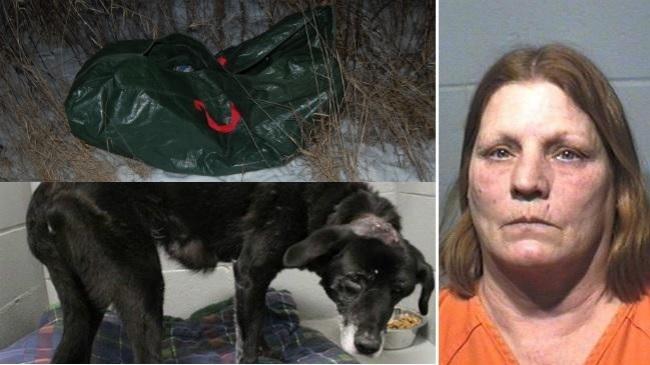 PORTAGE, Wis. (Channel 3000) - A Pardeeville woman admitted to hitting her dog in the head with a hammer before abandoning her in the parking lot of a Columbia County hunting area Thursday.

The dog, Misty, was found by four hunters in the town of Fort Winnebago zipped in large bag with head injuries, officials said.

In a criminal complaint released Monday, the dog’s owner, Terri L. Benson, told a sheriff’s deputy that Misty had been “acting goofy” and was seizing.

Benson told the deputy she took Misty for a ride because she thought the dog was dying, but she couldn’t afford to euthanize her.

According to the criminal complaint, Benson wrapped Misty in the blanket and hit her on the head three or four times before dropping her off in the parking lot. Benson said she thought Misty was dead.

Benson was charged with mistreatment of animals, disorderly conduct with the use of a dangerous weapon and animal abandonment.

What do you think?

In court Monday, Benson was released on a signature bond with a bail condition that she not be alone with her other dog. Benson said the other dog will live with a relative.