"Overwhelmed"; Bud Selig Opens up on Hall of Fame Induction during Talk at Marquette 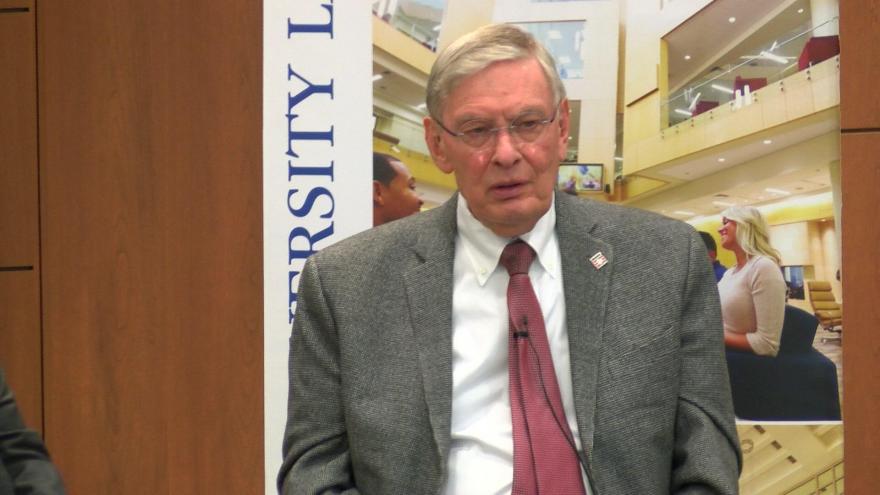 Former MLB Commissioner Bud Selig spoke at Marquette Wednesday, opening up about his upcoming introduction into the MLB Hall of Fame.

\"With everything I've been through in my career, I didn't think anything could overwhelm me anymore. But this has,\" he said.

Selig is set to receive the sports highest honor on July 30th, joining the likes of Babe Ruth and Jackie Robinson in the Hall of Fame.

The former commissioner is responsible for bringing baseball back to Milwaukee in 1970, a milestone he still calls his greatest achievement.

\"Of all the things that happened to me, it's wonderful, you couldn't write a script like this, I guess,\" he said. \"Bringing the Brewers to Milwaukee will always be number one.\"

Selig helped usher in major changes in Major League Baseball, including the Wild Card format, and Interleague Play. He also led the charge on implementing a new drug-testing program, which remains the strictest in professional sports.

\"It's the greatest game in the world, and it's meant to be treasured. But like anything, it needed change,\" he said.

Selig tells CBS-58 he's just beginning to work on his Hall of Fame speech, which he'll deliver on July 30th.