Overuse of technology gadgets may cause ADHD-like symptoms in children 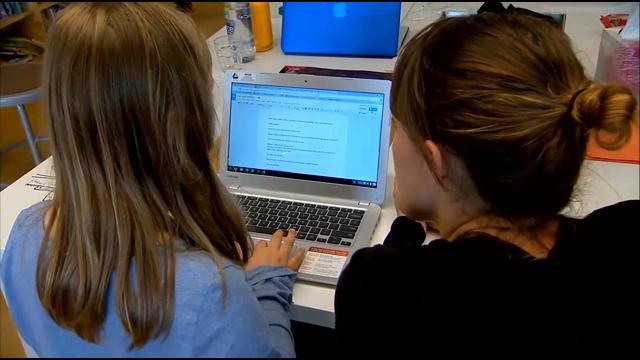 Phones and tablets are becoming more and more a part of daily life. According to some medical experts, the overuse of gadgets in children can contribute to ADHD-like symptoms.

Children who have ADHD can have trouble paying attention and be overly active, according to Centers for Disease Control (CDC).

Dr. Michael Cichy is a psychologist at Wheaton Franciscan Healthcare in Brookfield. He helps his patients who have ADHD.

“No, you don't develop ADHD, (by overusing gadgets) it's genetically based,” he said. “You can develop ADHD-like symptoms.\"

“You are not focusing, you are scanning, you're used to fragmented information, that's scattered all over the place and fast paced,\" Dr. Cichy said.

One in 10 children in the country have been diagnosed with ADHD, according to the CDC 2011 survey. It’s the most common disorder in kids and estimates that’s a 6.4 million children, the CDC states.

The Kaiser Family Foundation performed a study that demonstrated that 8 to 18-year olds are spending and average 7 1/2 hours a day plugged into media.

\"To reduce that to 1 hour is going to be quite the accomplishment,\" Dr. Cichy said. He recommends reducing the amount from 1 to 2 hours a day for kids. The Academy of Pediatrics also suggests limiting screen time to 1 or 2 hours a day for pre-school aged children.

\"It becomes almost like an addiction that they want to go back to because it's more interesting than sitting in a classroom, or reading a book, or sitting quietly at a restaurant and enjoying the company of family members,\" Dr. Cichy said.

Amy Lynn Mikec and her family live in Wauwatosa. Her son, Jude Lawrence Mikec, 4, and her daughter Molly Marie Mike, 3, enjoy playing on their IPAD and phone.

“We’ve always tried to use it more as a reward for good behavior or for doing things like going to the bathroom when we were working on potty training,” Amy Mikec said.

Amy was diagnosed with ADHD when she was 12 and so far her children have tested negative.

“With my propensity and for their propensity to develop ADD or ADHD because of me having it, we’re probably more careful,” Amy said.

She limits their gadget time to 15-20 minutes once or twice a day. She said that she's not surprised being too much on phones, tablets or television screens can have a negative effect.

“If I had had the electronic devices kids have now, I don’t know if I would have been as successful if it had been given to me for long periods of time,\" Amy said. “I think using it now as a tool or like a reward, I think it's great but even now if I'm on my phone for too long I can kind of feel like a vegetable or just kind of scatterbrain, my husband says that too.\"

Dr. Cichy said one of the problems is that some children see IPADS, tablets, video games and television as toys. He explains what’s going on inside the brain.

“It causes various parts of the brain to learn how to scan quickly in order to score a point, to move up to the next level, open a new character, whatever these games happen to be about and that is not the same thing kind of attention paying that’s required in a slower pace environment like a classroom,” he said.

Dr. Cichy said not all technology is bad. He said there are positive uses to gadgets.

\"For example, if a video game could be developed to assist in social skill development, it's could be very helpful as a treatment for people who for example have asperser’s disorders, even ADD and ADHD children who often times miss social ques,” Dr. Cichy said.

“My husband and I made the decision about the amount of time and what it would be used for and we still stick to that,” Amy said.