Over $75,000 in damages after accidental RV fire in Germantown 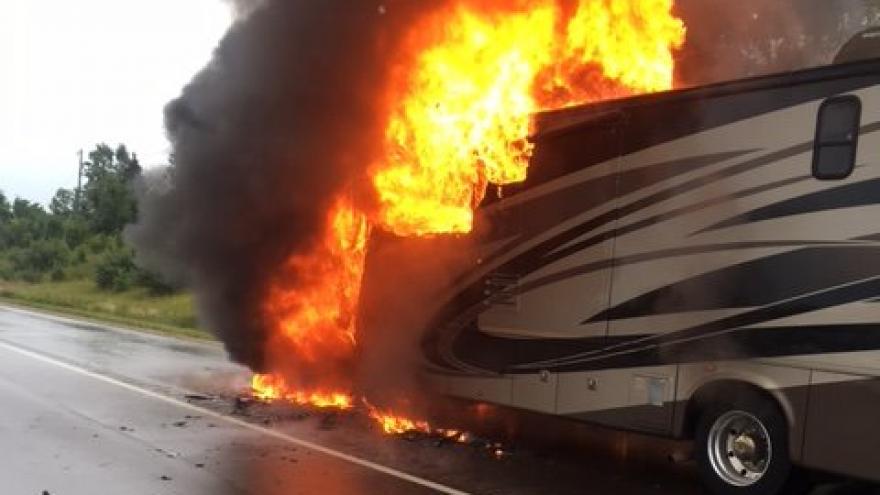 The Germantown Fire Department Responded to a large RV Fire on Northbound Interstate 41, north of County Line Road. The fire happened shortly before 5 p.m. on Friday.

As GFD units were responding smoke was seen from Lannon Road at I-41. Due to the amount of smoke and reports of the RV being fully involved an Engine Company was requested from Menomonee Falls Fire Department for assistance. 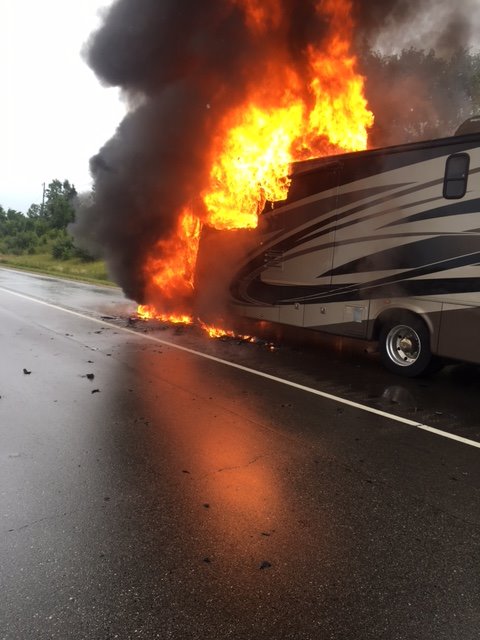 Upon arrival, crews found a 2009 Georgetown RV 50% involved in fire. Two handlines were deployed to attack and extinguish the fire. The fire started in the engine area of the RV and is considered accidental.

Loss to the RV is estimated at $75,000 plus another $8,000 in contents including multiple computers.

There were no injuries associated with this incident. 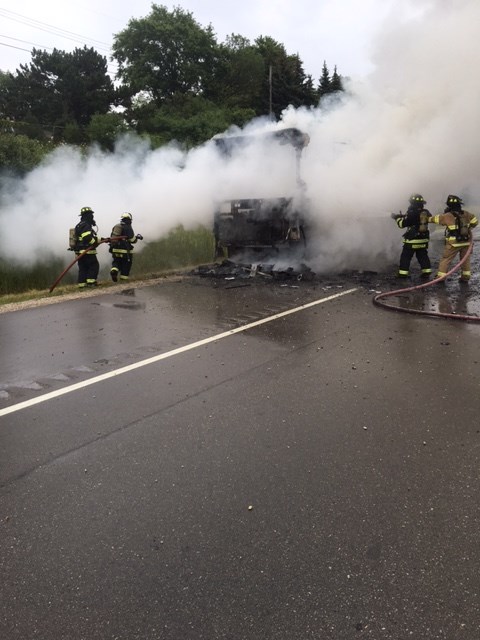