Outrage at community meeting after robbery outside Pick 'N' Save Midtown 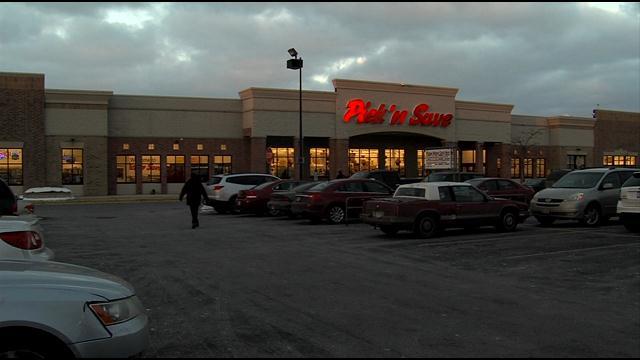 A community outraged after a robbery outside Pick 'N' Save at Midtown Shopping Center.

The victim says the surveillance video of the incident outside the grocery store was too hazy to help police find the two suspects who threatened her with a gun and snatched her purse.

\"When police came, we tried to go inside, they asked if they could roll the footage back, and that's when we found out the cameras were faulty,\" the victim explained.

A spokesperson for Pick 'N' Save's parent company, Roundy's addressed the problem with their cameras at the Midtown store during the meeting.

\"Unfortunately the cameras didn't show 100% clarity because of condensation on the lens,\" said Jim Hyland, a spokesperson for Roundy's.

Ald. Joe Davis, who hosted the meeting says more must be done to keep the community safe.

\"Are there problems? Absolutely, and I'll be the first one to tell you that there's problems,\" said Ald. Joe Davis.

\"When these kind of things happen to people, they are so frightened, they are so shaken, that they don't always report it,\" said one man as he took the floor.

The property manager of Midtown Shopping Center says the shopping area has 24-hour security presence everyday, but the victim says after what happened to her-- it's not enough.

\"That's how a lot of us are starting to feel, that we have to go somewhere else where it's safer,\" said the victim.

Pick 'N' Save officials will install an additional security camera at the Midtown store after the incident.