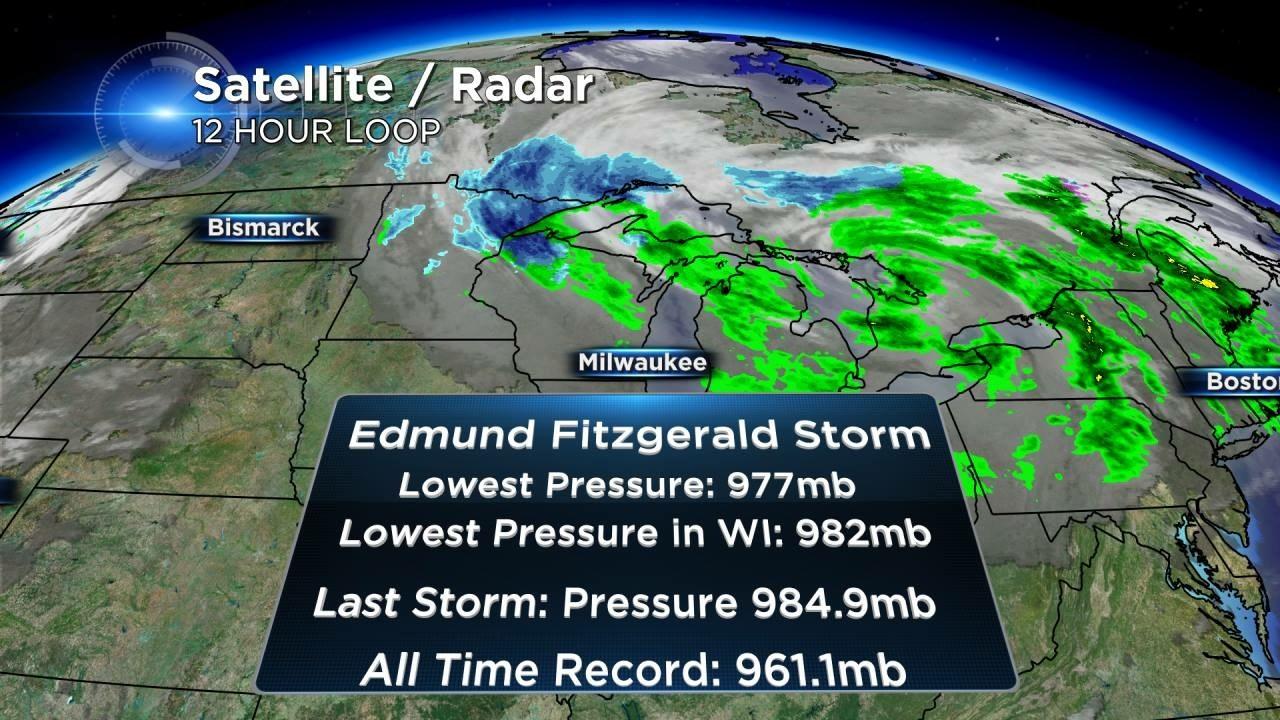 These days it seems like you have to rank everything, and Meteorologists are especially guilty of this.  We tend to go back and compare damage, pressure, and overall scope of these monster cyclones that move across the landscape during the Fall and Winter.  Sometimes we are looking to judge something before it actually happens!  I'm guilty of this just looking over the models.  So with all of that being said, can we really rank this latest storm?

There's no denying that this last storm was a strong one for Wisconsin.  Not only did it provide severe weather, but it was also responsible for some snow and strong non-thunderstorm winds.  The strongest wind gust was 53 mph recorded in Monroe, WI.  There were a total of 151 storm reports across the country, 12 of which were tornadoes.

The pressure bottomed out at 984.9 mb in Green Bay!  That's a pretty good pressure drop, but it fails to top the 982 mb pressure from the 1975 Edmund Fitzgerald Storm.  That storm continued to strengthen the afternoon of November 10th before bottoming out at 977 mb in southern Canada.

If you are looking for record pressure this storm was a weakling compared to the October 26, 2010 storm that produce a pressure of 961.1 mb in Superior, WI.  That storm was a monster across the Midwest responsible for producing over 50 tornadoes.  It produced a pressure of 955.2 mb at Big Fork, MN which is the record lowest pressure for the continental United States.  An Alaskan storm produced the all time record for the U.S. at 927 mb.

The deep pressure center alone does not make for a memorable storm.  The 2010 storm will fall short of the impacts from the Cleveland Superbomb, Superstorm of March 1993, Columbus Day Storm, and of course Superstorm Sandy.

The winter is right around the corner, and even though El Nino is in full swing, one of these monsters could be lurking.  Are you ready?