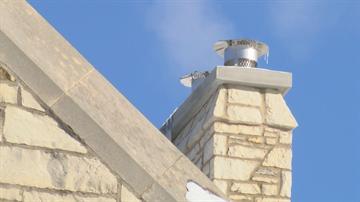 WAUWATOSA -- Opening your energy bill lately tends to take some courage.  Heating costs have been through the roof for many families.  But imagine paying to heat a building the size of a school or church.  That takes some forward thinking and a willing congregation.

\"We were paying almost a thousand dollars a month just to keep them running,\" Manke said.

The new boilers cost more than $700 thousand, but the church paid for it through member offerings and fundraising.  Manke knows not all churches have that luxury.

\"It takes the entire congregation coming together to make something like this happen,\" Manke said. \"It's really heavy lifting by everyone.\"

The bigger charges this winter lie outside St. Matt's doors.  The church budgeted around $12 thousand for snow removal, a figure that's been stressed by persistent snowfall.

Over at the YMCA in Waukesha, special systems have helped with their energy bills.  The 105-thousand square-foot building runs on gas-fired boilers, but management says bills only went up about five percent this winter.

\"We have our system on a programmable thermostat and we have energy and management systems that control the heating costs in our building,\" communications director Sarah Millard said.

The staff says the cold affected attendance more than its bills.  But they think the tide might finally be turning.

\"People want to get out, they're really tired of being inside, so it's been picking up in the building because people are ready for winter to be over,\" Millard said.

The YMCA and St. Matthews told CBS-58 they've been especially careful with shutting down lights and keeping heat low at night and on slower days when fewer people are around.