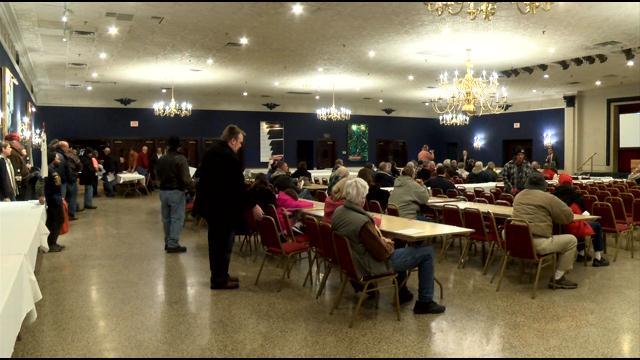 Many opponents to Milwaukee's controversial Streetcar Project gathered Tuesday evening to launch a petition, their goal: to collect 35,000 signatures before January 21st.

\"It's a lot of money that's on the table, and I'd like to have a voice,\" said Kathleen Risteau, who plans to help collect signatures.

The petition calls for any proposed rail transit project with a $20,000,000 price tag or more-- to go to voters first.

\"I think the money could probably be used elsewhere,\" said Risteau.

Milwaukee Alderman, Bob Donovan, who's also running for mayor in 2016, thinks the federal funding for this project should be re-allocated.

\"I would put half of it into re-paving our roads, and the other half into increasing and improving our bus service,\" said Donovan.

\"We've seen tens of thousands of people who are moving closer to downtown, so we want to keep the positive momentum going,\" said Barrett.

Barrett says it's part of a plan to revitalize downtown.

\"We think that this is part of a transportation strategy that's going to prove to be very successful to have the city grow,\" said Barrett.

The common council is scheduled to take up the Streetcar Project at a meeting on January 21st-- same day as the petition deadline.