One-third of world now overweight, with US leading the way 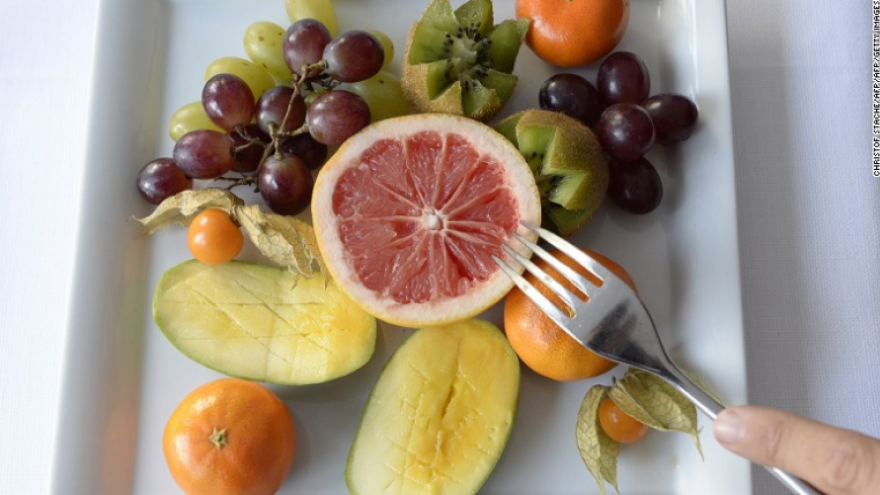 (CNN) More than 2 billion adults and children globally are overweight or obese and suffer health problems because of their weight, a new study reports.

This equates to one-third of the world's population carrying excess weight, fueled by urbanization, poor diets and reduced physical activity.

The United States has the greatest percentage of obese children and young adults, at 13%, while Egypt led in terms of adult obesity, with almost 35%, among the 195 countries and territories included in the study.

While 2.2 billion people were obese or overweight in 2015, more than 710 million of them were classed as obese, with 5% of all children and 12% of adults fitting into this category.

An increasing number globally are dying from health problems linked to being overweight, such as cardiovascular disease, said the study, published Monday in the New England Journal of Medicine.

Almost 40% of the 4 million dying as a result of their higher body mass index were not yet obese, highlighting that deaths are occurring almost as often in those considered overweight as those considered obese.

Body mass index is the ratio between a person's weight and height; a BMI of 25 to 29.9 is considered overweight, while anything over 30 is obese.

"People who shrug off weight gain do so at their own risk -- risk of cardiovascular disease, diabetes, cancer, and other life-threatening conditions," said Dr. Christopher Murray, director of the Institute for Health Metrics and Evaluation at the University of Washington, who worked on the study.

The researchers analyzed data from 68.5 million people between 1980 and 2015 to explore trends as well as figures regarding overweight and obesity rates.

Data were obtained from the most recent Global Burden of Disease study, which explores all major diseases, conditions and injuries globally by age, sex and population.

The data revealed that the number of people affected by obesity has doubled since 1980 in 73 countries, and continued to rise across most other countries included in the analysis.

Obesity levels were higher among women than men across all age groups, which correlates with previous findings on obesity.
Percentages of children who were obese were lower than adults, but the rate at which their numbers have increased was greater, signifying more risk in the future if nothing is done to curb the problem.

In terms of numbers, the large population sizes of China and India meant they had the highest numbers of obese children, with 15.3 million and 14.4 million, respectively.

Despite a smaller population, the United States had the greatest number of obese adults, with 79.4 million (35% of the population), followed by China with 57.3 million.

The lowest obesity rates were seen in Bangladesh and Vietnam, at 1%.

"This re-emphasizes what we already know about the obesity epidemic," said Goodarz Danaei, assistant professor or global health at the Harvard T.H. Chan School of Public Health. "But it raises the alarm that we may be facing a wave of obesity in the coming years across high and low-income countries."

Danaei believes that while the epidemic may have plateaued in terms of growth among certain adult populations, such as the US population, the greater rate of change among children means there will be a future cohort of people who have been exposed to a high BMI for a longer period of time, which researchers will not have faced before.

"We don't really know what the long-term effects will be if exposed to high BMI over 20, 30, 40 years," said Danaei, who was not involved in the study. "It may be larger than we have already seen."

A rise and fall in numbers affected by disease

In addition to highlighting the scale of the global obesity epidemic, the researchers hope to raise awareness of the diseases linked to being overweight that can prove fatal.

Almost 70% of deaths related to an elevated BMI in the analysis were due to cardiovascular disease, killing 2.7 million people in 2015, with diabetes being the second leading cause of death.

However, in more recent years, while rates of cardiovascular disease have risen, the number of deaths have fallen. The researchers believe this may in large part be due to better clinical interventions becoming available, such as measures to control high blood pressure, cholesterol and blood sugar levels, which all fuel heart disease.

This is the case in countries like the United States, argues Danaei, adding that prevention services leading up to the onset of cardiovascular disease, such as blood sugar monitoring, or care after a heart attack, or stroke, have improved in developed countries.

But these service are expensive and are not currently the norm in most low- and middle-income countries. "After a heart attack, the chance of dying is much higher in developing countries," he said.

Obesity levels have risen in all countries, irrespective of their income level, meaning the issue is not simply down to wealth, the authors say in the paper.

"Changes in the food environment and food systems are probably major drivers," they write. "Increased availability, accessibility, and affordability of energy dense foods, along with intense marketing of such foods, could explain excess energy intake and weight gain among different populations."

They add that reduced levels and opportunities for physical activity that came with increased urbanization are also potential causes, but add that these are "unlikely to be major contributors."

"Over the past decade, numerous interventions have been evaluated, but very little evidence exists about their long-term effectiveness," said Dr. Ashkan Afshin, assistant professor of global health at the Institute for Health Metrics and Evaluation, who led the research.

"Over the next 10 years, we will work closely with the (Food and Agriculture Organization of the United Nations) in monitoring and evaluating the progress of countries in controlling overweight and obesity," he said, adding that his team will share data and findings with scientists, policymakers and other stakeholders seeking evidence-based strategies to address this problem.

"We need to control the consequences of obesity much better globally ... and help people who are obese to lose weight," Danaei said.

"That's where we need research and public health interventions."