One person killed in apartment fire in south side Milwaukee 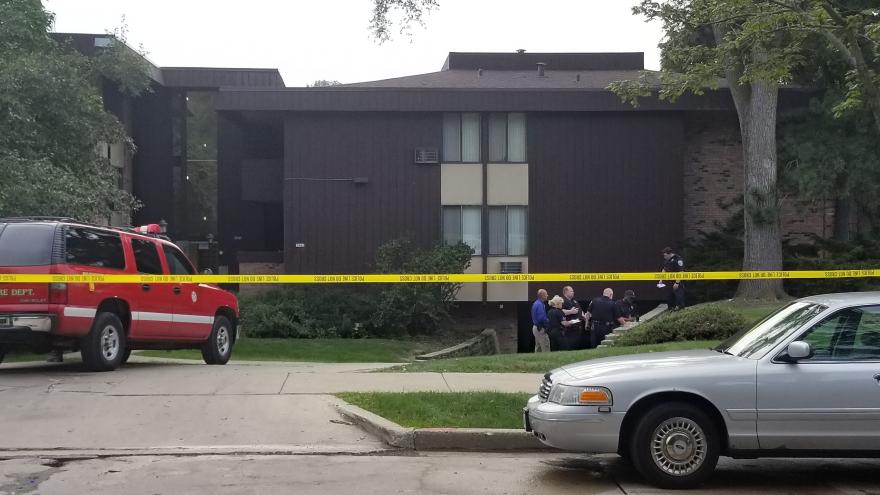 MILWAUKEE (CBS 58) -- Milwaukee Police say the victim is a 52-year-old man. An investigation into the fire is ongoing.

MILWAUKEE (CBS 58) - One person is dead after a fire on Milwaukee’s south side.

It happened near 56th and Oklahoma Wednesday afternoon.

The fire was discovered on the second floor in this apartment building on 56th  between Oklahoma and Morgan Avenue, just before 4 o’clock Wednesday.

Although there was one fatality, it could’ve been much worse if it wasn’t for the quick actions of two residents.

Bradley Zimmerman and Justin Slinker were at the apartment whensaw something that didn’t look right.

Instead of calling 911, the two ran to the nearby fire station.

“The fire department is literally right behind that building so I just walked over there,” said Zimmerman, “he was surprised cause he was about to leave for another call, so he went, got all of his guys, they got over here real quick.”

Kanojia was just a few doors down from where the fire broke out, and grabbed almost nothing before making his escape.

“Just wallet, keys, and phone, that’s it,” said Kanojia, “I just escape right away and then thought maybe I’d come out and then dial 911.”

By the time he made it outside, the fire trucks were there.

Firefighters were able to contain the fire to just one apartment, in part, because of the quick actions of Zimmerman and Slinker.

“I’m glad we got them before they left, they say we saved the building,” said Slinker.

The fire department says the victim died as a result of the fire, but didn’t release any other details.

Residents were allowed back inside the building a little after 6:30 p.m. Wednesday.