There's some up and downs when it comes to temperatures this August, but nothing too drastic. We've had one day that hit 90° - August 5th. The coldest high temp so far has been August 14th when we hit 74°. Through August 20th, we've had 13 above-average days, four days right at average and three days below-average. Currently the average temp is exactly 73° which would make it the 20th warmest August on record if the month ended today.

Temperatures are showing some signs of cooling down. Highs are only expected to be in the low to middle 70s from Thursday through Sunday. 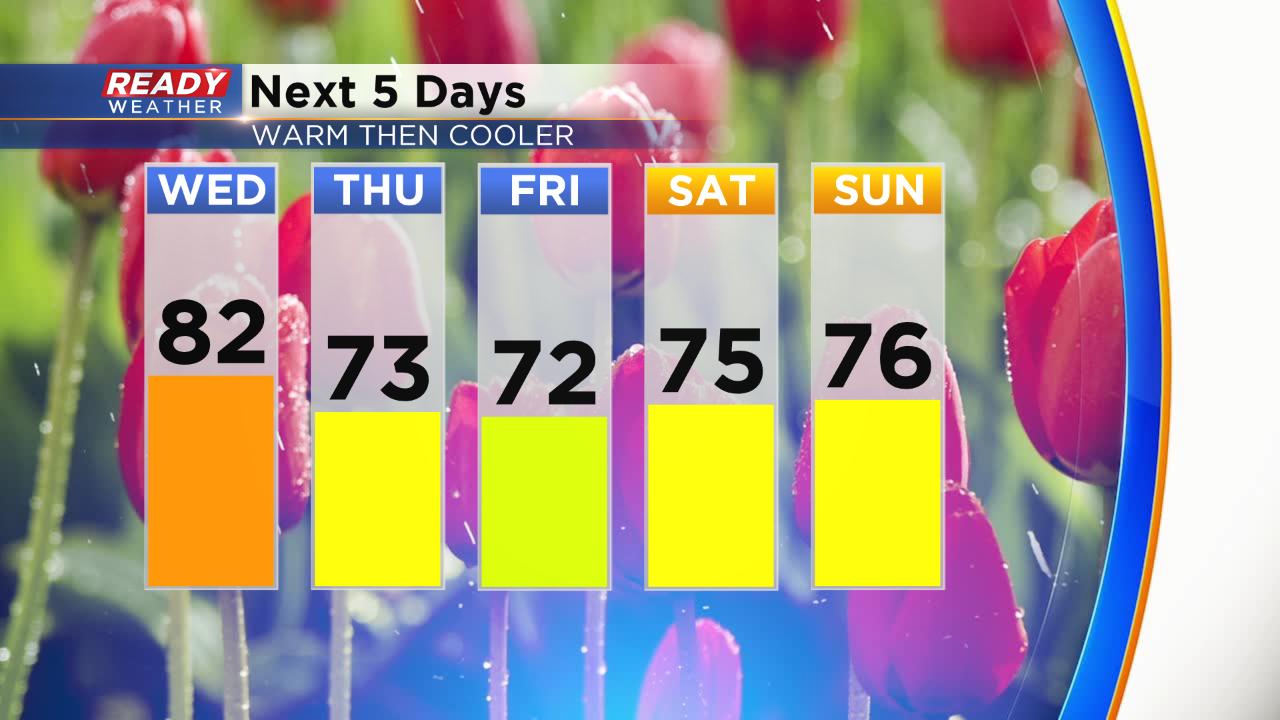 We could see a little warming as we go into next week with a high right around 80° to start the new work week. The temperature trend to end August and go into September, which does include Labor Day, shows a 40% to 50% chance for below-average temps in Wisconsin. Think more lower 70s rather than upper 70s. 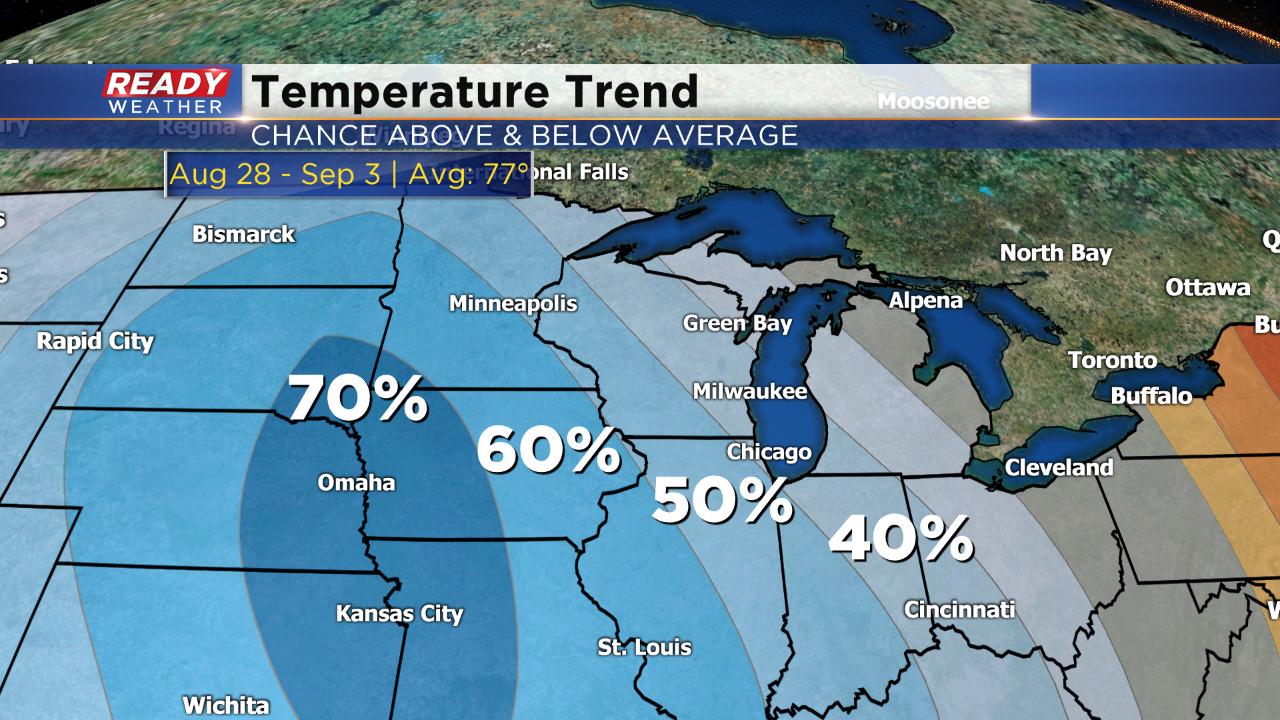