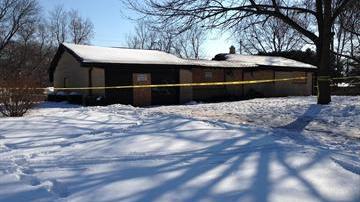 GLENDALE—One person is dead after a house fire in Glendale.

The fire on Bridgewood Lane was first spotted by an on-duty Glendale Police Officer around 9:45 p.m. Saturday.

When fire crews arrived they saw heavy fire and requested additional units to the scene.

The home was heavily involved in fire in the front and back.

Firefighters were able to get the fire under control, but areas of the roof and first floor collapsed a result of the damage.

Crews found a victim on the first floor of the home.

The Milwaukee County Medical Examiner’s Office is working to id the victim and determine the cause of death.

The home is considered a total loss.

The North Shore Fire Department said that there were no smoke detectors found in the home.