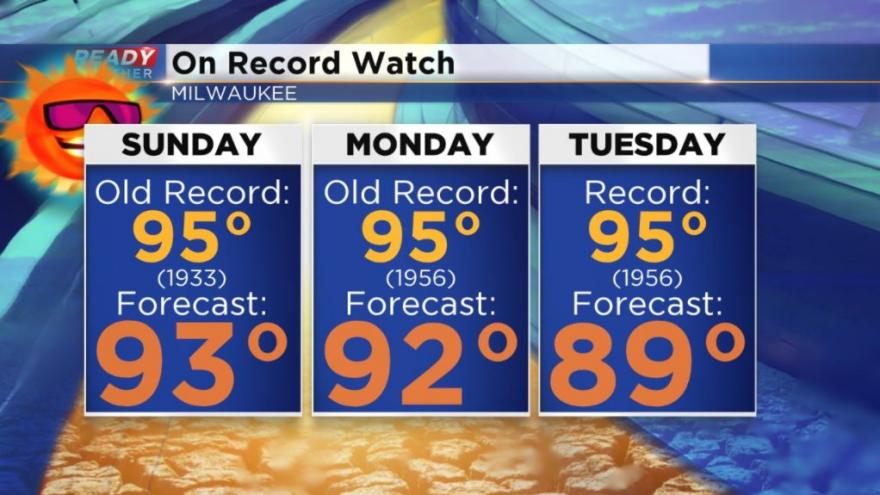 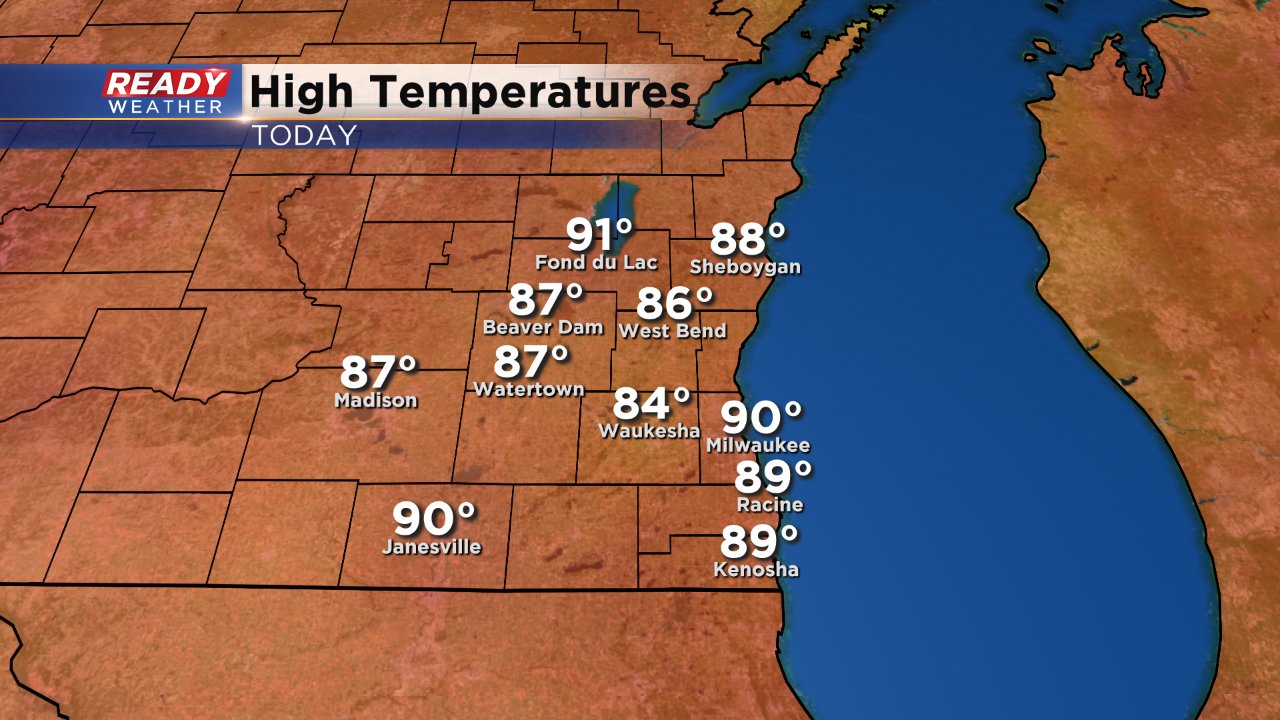 Unlike last Sunday where the temp dropped over 20 degrees by Monday, this time the heat is sticking around. More 90s are expected Sunday and Monday and could be even warmer than Saturday. Right now the forecast high on Sunday is 93° which would only be two degrees away from the record of 95° and Monday will only be three degrees away from the record with a forecast high of 92°. 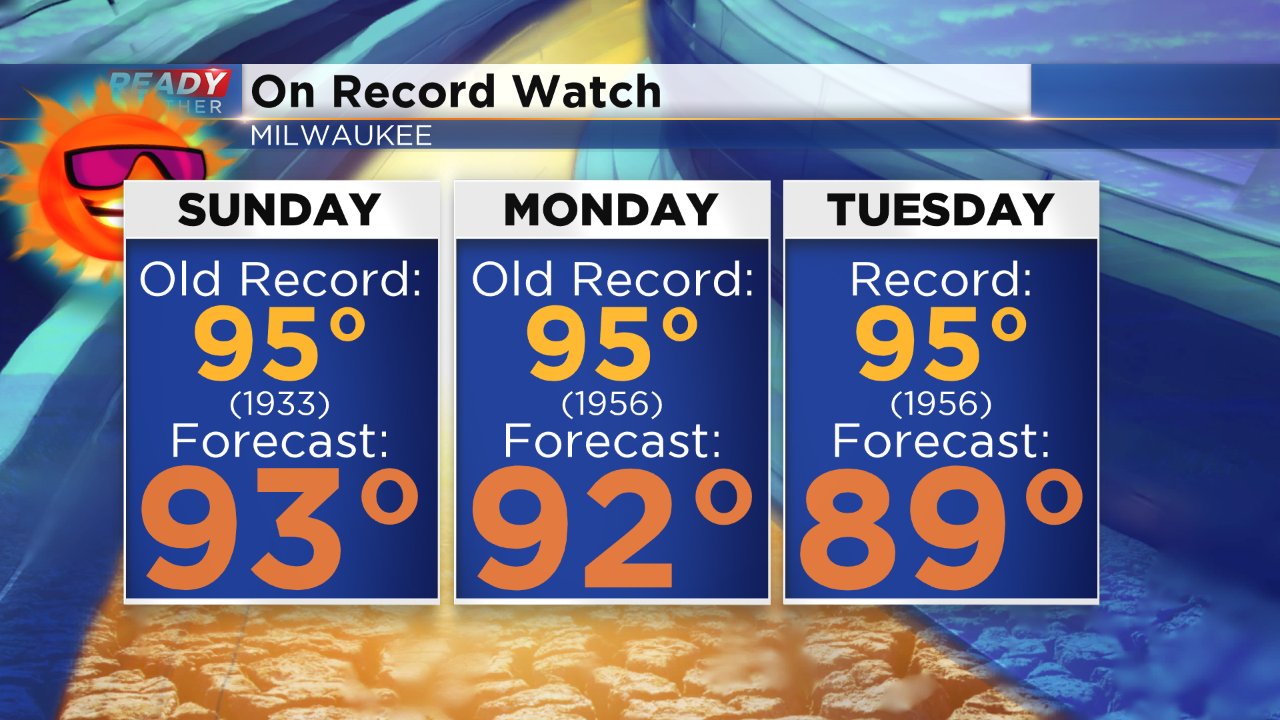 Even though we get out of the 90s by Tuesday it will still be plenty warm with highs in the upper 80s through Wednesday.

Saturday was hot, but at least it wasn't too humid. That will change on Sunday and Monday as dew points rise into the upper 60s and could border on the tropical level. Dew points should drop throughout the day on Tuesday becoming comfortable by the evening. 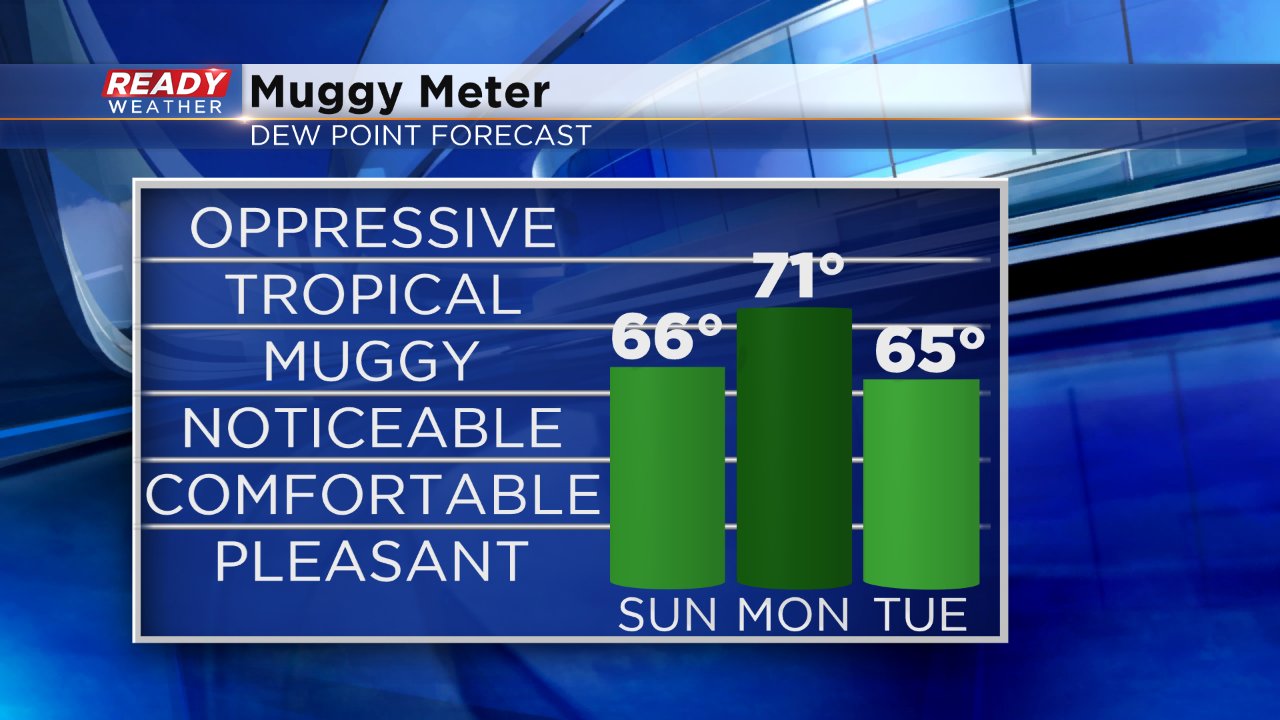 With all of this heat and humidity you may think some storms should pop and you would be correct, but the best chances for storms will be well north of Milwaukee. An enhanced risk for severe weather has been issued for central and northern Wisconsin where the ingredients for severe weather are better. Although a few night storms can't be ruled out here, especially in our northern counties, the majority of the storm risk will stay north. 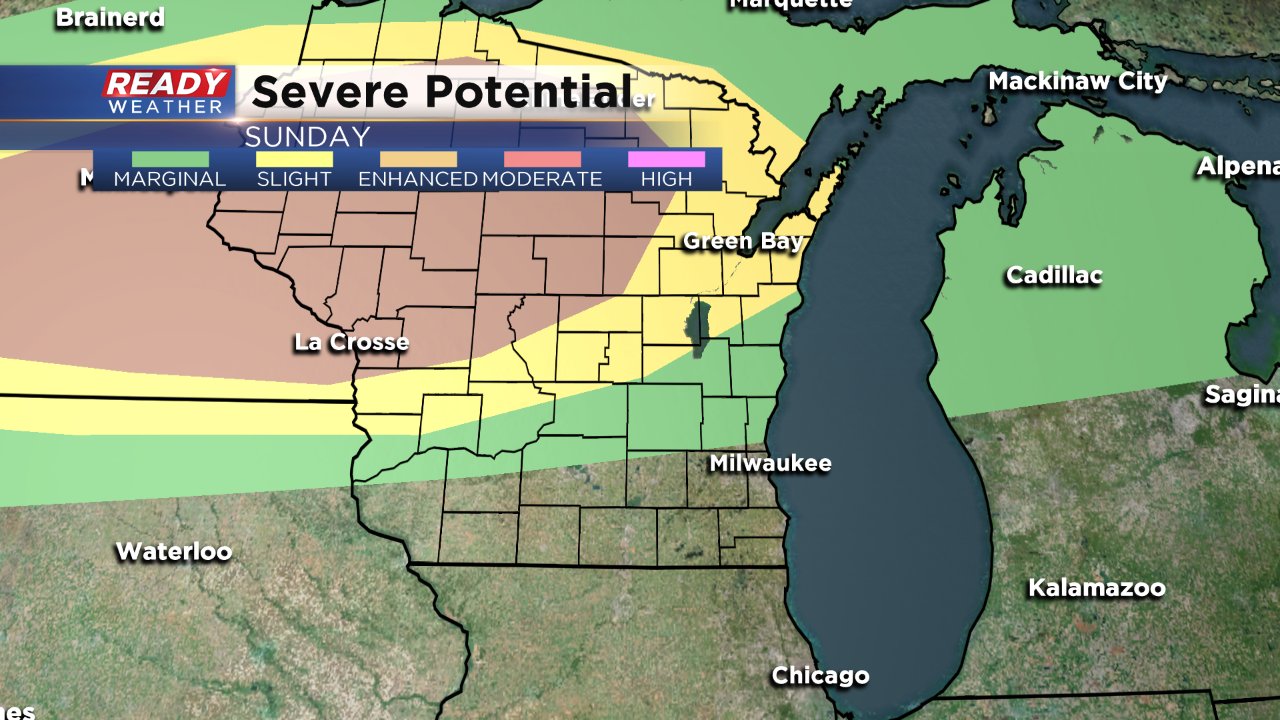 There are better chances for scattered showers and storms on Monday. A few of those storms Monday afternoon/evening could be stronger, but the chance for severe weather is still not great.

To track the temperatures and the possibility of rain download the CBS 58 Ready Weather App.