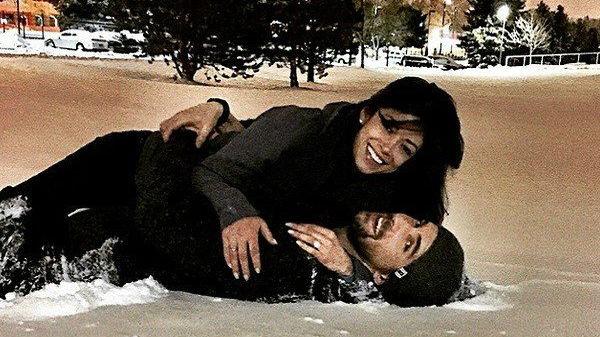 The gold medalist is engaged to girlfriend Nicole Johnson, according to their verified social media accounts.

\"She said yes,\" Phelps captioned a picture of him and Johnson cuddling in the snow.

Johnson, a former Miss California, posted a similar photo showing a huge rock on her finger.

\"I am gonna be a Mrs,\" she captioned hers, adding his name at the end.

CNN reached out to Phelps' representative, but has not heard back.

His sister, Hilary Phelps, congratulated the couple on her Facebook page.

\"CONGRATULATIONS to these two lovebirds on their engagement! Couldn't be happier for my brother and thrilled to gain a sister, who I adore and love already!\"

The engagement comes five months after the 22-time Olympic medalist was suspended from USA Swimming after being charged with DUI in Maryland, violating the sport's code of conduct. His six-month suspension means he's not swimming with the U.S. team at the world championships this year.