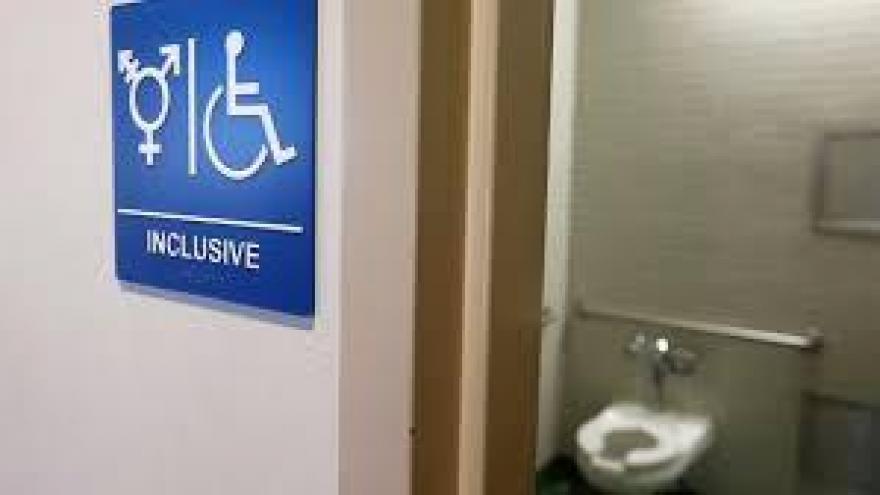 (CBS NEWS) OKLAHOMA CITY -- An email from an Oklahoma state House staffer on Monday to legislative assistants that said high school pages could use a women’s restroom reserved for House members and staff because “cross-dressers” were in the state Capitol was met with criticism, including from the House speaker.

Cross-dressing is a term considered offensive to transgender people, whose biology at birth does not match their gender identity.

“As per the Speaker’s office, Pages are being allowed access to the ladies restroom ... for today. Again, there are cross-dressers in the building,” said the email from page program supervisor Karen Kipgen, which came as about 70 LGBTQ students from the Tulsa area were at the Capitol to lobby on behalf of HIV awareness and education funding.

“Never have I felt so unsupported,” said Pickles Lee, 18, a senior at Owasso High School told the Tulsa World.

“We came down to the Capitol to talk about laws,” said Ella Gambino, 17, a Union High School senior told the newspaper. “To be referred to as cross-dressers is something you say as an insult.”

Kipgen did not return a phone call for comment.

In North Carolina, efforts have stalled to modify a law that requires transgender people to use public restrooms corresponding to the sex on their birth certificate, a law that would cost the state more than $3.76 billion in lost business over a dozen years, according to an Associated Press analysis.

Oklahoma House Speaker Charles McCall, R-Atoka, said in a statement that neither he nor his staff authorized the email.

“It was sent unilaterally by a House staff member without any input or permission. I was unaware that such an email was being sent, and the remarks contained in the email are not condoned by me or the Office of the Speaker,” McCall said. “As Speaker, all Oklahomans should feel welcome in the Oklahoma Capitol building. We are looking into this matter, and it will be taken seriously,” he said.

An unidentified member of McCall’s staff approved the use of the restroom by the pages, according to McCall spokesman, Jason Sutton.

“We were asked if it was OK if they used it and we said OK,” Sutton said. “We didn’t ask” why the request was made.

“We’re focused on trying to get the budget done, and this kind of jumped up on us,” Sutton said, “We’re certainly sensitive to those who might be offended by this.”

The page program allows high school sophomores, juniors and seniors to work for one week for House members and staff.