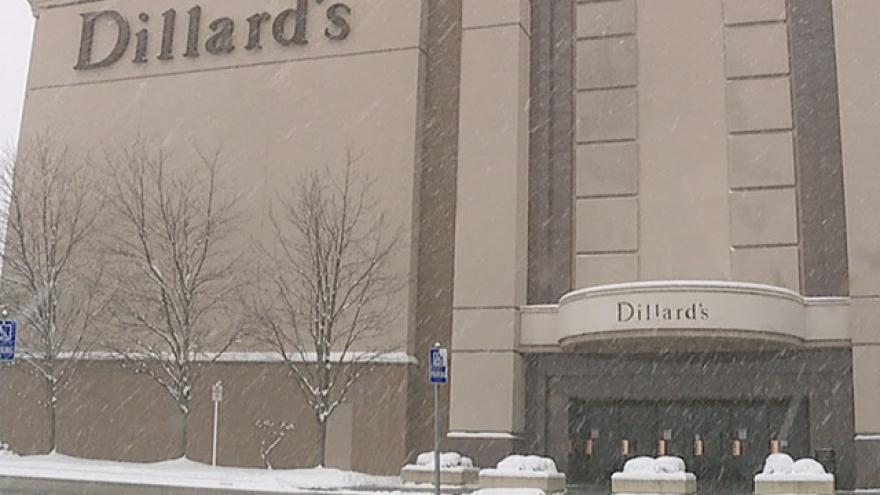 BEACHWOOD, Ohio - (NEWS5/CNN) More than a dozen shoplifters have been caught and arrested at Beachwood Place Mall over the last several days, but police are still looking for one woman who escaped.

According to reports, the woman left her two young children inside the car — a 6-month-old baby and a 2-year-old — while she was shoplifting inside Dillard's on Christmas Eve.

Dramatic body camera video shows police and security running after the 22-year-old woman, who jumps into her car and speeds off.

The woman then crashed her car and was taken to the hospital, which she then later escaped from. Police have not formally charged her yet, but she is expected to face several charges, including endangering children and escape.

Meanwhile, police have arrested at least 13 people over the last several days, the loot ranging from a couple hundred dollars to nearly a thousand dollars worth of merchandise.

Many of the shoplifters are under the age of 18.

Since January, after a ruckus at the mall last Christmas, Beachwood Place has had a “parental guidance required” rule in place, requiring anyone under the age of 17 to be accompanied by an adult on Fridays and Saturdays after 5pm. That curfew is in place every day the week after Christmas.

It is a rule that has mixed reviews.

Antoinette Marshall has been asked for her ID multiple times. The 18-year-old said it makes her feel uncomfortable.

“You shouldn’t have to come to a mall and it be like that,” Marshall said. “We just come to shop. That’s it. A few people ruin it for everybody.”

The safety of our guests and retailers is a priority for Beachwood Place. While we are constantly evaluating our security protocols, we never publicly disclose our protocols because doing so could compromise our efforts.