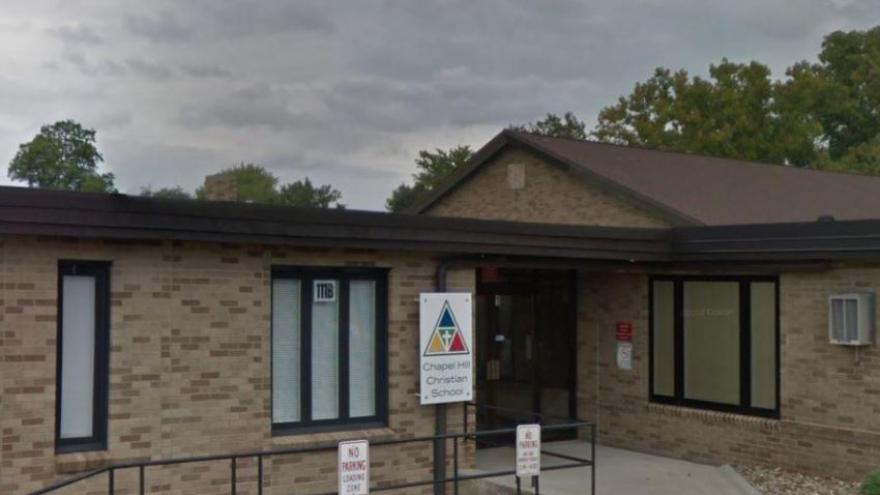 (CBS News) -- A single mother of two from Akron, Ohio, says a Christian school expelled her children because she is not married and her kids have different fathers. The mother, Summer Grant, wrote a lengthy post on Facebook defending herself after Chapel Hill Christian School unexpectedly dismissed her kids.

Grant said she spoke to school administrator John Wilson after her oldest daughter had an issue with a school bus driver, The Akron Beacon Journal reports. Grant got involved in the incident, which escalated, and the police were called.

When her 10-year-old, Summara-Rayn, and 7-year-old, Summaia, were kicked out 30 days before the end of the school year, Grant asked Wilson if the school bus incident had anything to do with it. "He said, 'No.' He said the bus incident just shed a light on many problems that we have with you," Grant told the Akron Beacon Journal.

Instead, Grant says Wilson told her that her daughters were being dismissed because she was committing "adultery."

Grant said the school first took issue with her being unmarried last summer, when she went to Wilson to discuss her daughters' scholarships. Wilson began asking about her daughters and their fathers, asking "how we can get your household to live biblically moral," Grant told the newspaper.

"It wasn't about whether they had their scholarship in place," Grant tearfully told the paper. "It was more or less about me just not living right. ... It was an uncomfortable conversation, but I sat through it because I really wanted my children to go to the school."

When her daughters were dismissed, Grant said Wilson told her it wasn't a requirement for her to be married for her children to attend the school; it was, however, a "strong recommendation," the paper reports. Grant pointed out that many other parents at the school are not married.

Grant told the newspaper that she attended both public and private schools in Akron and Pittsburgh and knew she wanted her kids to attend a Christian school.

After the Beacon Journal broke the story and it gained widespread attention, Grant wrote on Facebook that regardless of her personal life, she is a "really good mother."

"This situation has really put me in a bind mentally," Grant said. "I can say I've done some 'not so ok things' in my life. Done some things I probably shouldn't have but I don't want to be judged as a bad person! [And] I especially don't want my kids to be judged for my actions."

Grant disputed Wilson's claim that she committed adultery. "I understand I'm not married and fornication would be what I committed not adultery!" she wrote on Facebook. "However I've been the same unmarried women with children who have different fathers since the day he first accepted me [and] my children and the money for them to attend and that's where he's wrong."

In an emailed statement to CBS News, the school said parents sign a written agreement "to conduct themselves in accordance with expressed guidelines of conduct."

Grant told the newspaper she doesn't remember signing that agreement.

The agreement is "meant to reflect a common commitment to the cause of Christ," between the school and parents, according to the statement Wilson sent to CBS News. "The unfortunate reality of a relationship of this nature is that individuals occasionally decide to act in a manner inconsistent with this written agreement and, as a consequence, separate themselves from the community."

"Parents sign a written agreement to conduct themselves in accordance with expressed guidelines of conduct," Chapel Hill Christian School said in a statement to CBS News

"Recently this did occur with one of our families," the statement continued. "Unfortunately, portions of an audio recording were presented, which expressed only a small portion of the administration's and Board of Education's concerns. While we believe it would be wrong to make public the particular circumstances that led to this separation, out of concern for the privacy of the family, we also felt that dismissal was necessary in order to protect the safety of our school children and their families."

CBS News reached out to Grant with a request for comment and is awaiting response.