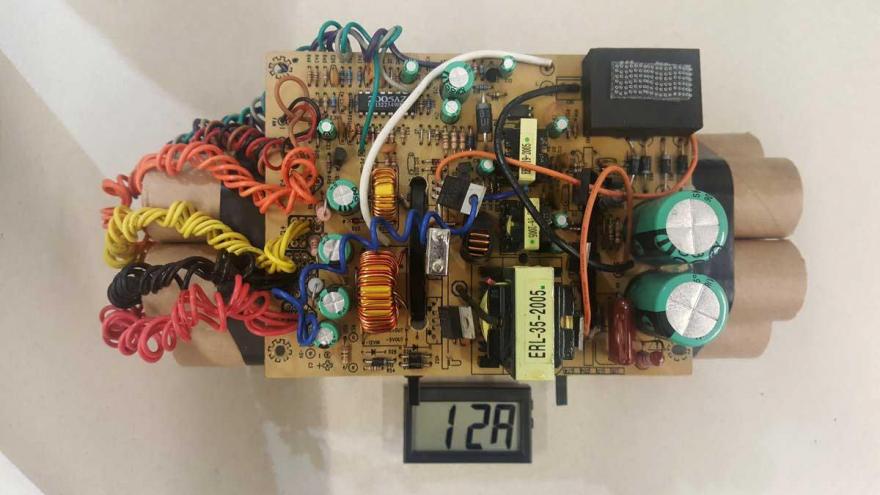 TORONTO (AP) — U.S. customs officials released a photo Monday of a mock improvised explosive device that led to delays at Toronto's Pearson International Airport when it was found in a passenger's luggage this month.

U.S. Customs and Border Protection tweeted the photo and praised the officers who spotted the device on April 6. The photo shows electronic components apparently wired to a circuit board with a timer display and coils of wire snaking to bound-together cardboard tubes.

The discovery during an inspection at the airport's pre-clearance area caused what was described as a major security breach.

Passengers on a United Airlines flight to Chicago were stuck on the tarmac for more than four hours.

Joseph Galaska, a 58-year-old American from the Milwaukee, Wisconsin, area was charged with one count of mischief. He was released on bail and his case is due back in a Toronto-area court Tuesday, though his lawyer said he's not expected in person. Police said the mock device was not terrorism related.

Galaska's wife has told ABC News the device found was an alarm clock.