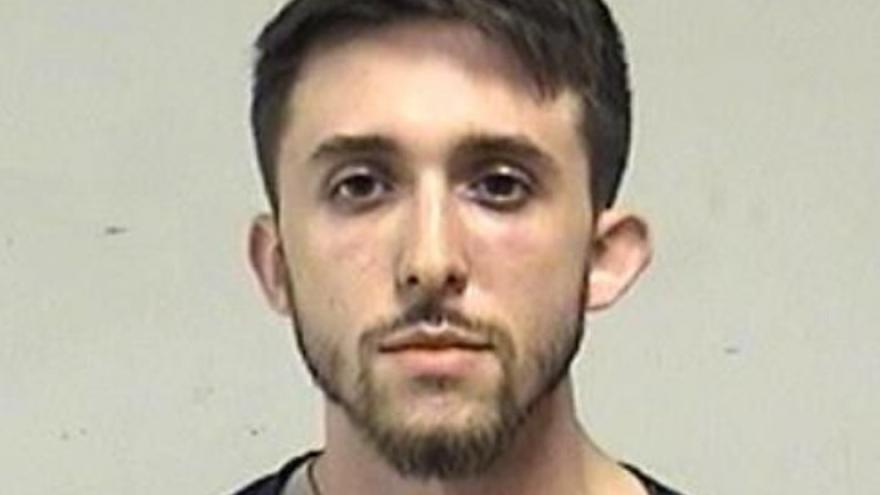 KENOSHA COUNTY, Wis. (CBS 58) -- A 22-year-old Racine man has been charged with reckless driving after authorities say he hit a person during a birthday parade.

It happened Saturday, May 2 in the Village of Somers. Birthday parades have become a popular thing to do amid the coronavirus pandemic and social distancing rules in place.

According to a criminal complaint, Kenosha County Sheriff's Department deputies were called to 45th Avenue just before 3 p.m., and found a man lying in the roadway who'd been struck by a vehicle. The victim -- a 45-year-old Kenosha man who was visiting his brother at his home on 45th Street -- was airlifted to Froedtert Hospital in Milwaukee. He suffered a fractured wrist, hemorrhaging in his lower left eye socket, scattered brain bleeding, cuts and bruises.

Authorities identified the person who struck the victim as 22-year-old Michael Goodman, who indicated he was in a birthday parade for his friend's son. Goodman told officials he did a "burnout" in front of the birthday child's residence, drove back north, and then turned around to drive by again. This time, as he drove back toward the birthday child's home, Goodman stated two men were walking down a driveway "yelling at him." The criminal complaint says as Goodman got closer, one of the men stepped out in front of him and Goodman hit him -- indicating he couldn't stop in time.

Authorities spoke with several witnesses, with one stating Goodman was driving 50-60 mph, in a 25 mph zone, at the time of the incident.

According to the brother of the victim, they both saw two vehicles race past his house at approximately 50-60 mph, down the street where his 8-year-old daughter had just been riding her bike. The brothers had walked to the street to yell at the cars to slow down and that's when, the complaint says, one of them was hit. The complaint says the victim hit the front end of the car, windshield, roof, and spoiler.

Goodman pulled over after striking the victim; one witness stated he never tried to help the victim, another said Goodman did try to help.

According to the criminal complaint, Goodman's license was suspended in March for failure to pay fines.

Goodman was charged with one count of knowingly operate a vehicle while suspended, and reckless driving causing great bodily harm.